Are you ready to see Clay Aiken on TV?  He will be on The View today.

There has been quite a Buzz about the show.  ET published an article about the event which included two Preview videos.

Raven-Symone and Clay Aiken visited North Carolina recently, where they spoke to two transgender individuals about the state’s controversial LGBT bill that bars trans people from using public bathrooms for the gender they identify as.

During the sit-down interview, which will air on Wednesday’s episode of The View, Skye Thomson and Madeline Goss open up about their personal experiences dealing with the ramifications of House Bill 2, detailing separate incidents where they, as well as a friend, were thrown out of a bathroom because others complained.

When Aiken asks what was more difficult, following the law or not, they both said “following it.”…

…Symone and Aiken, who ran for Congress in North Carolina in 2014, also took to the streets, speaking with one older married couple at a local diner about whether they were for or against the HB2 bill.

Notably, the couple disagreed on the bill’s merits. The husband admitted he’d “walk out” of the bathroom if Caitlyn Jenner walked into the men’s room. “I don’t wanna be in the same restroom as Caitlyn Jenner,” he explained. When Symone asked where Jenner was supposed to go, the husband replied, “That’s Caitlyn’s problem, not mine.”

The wife, a Brit, was on the other end of the spectrum, saying that England “would probably laugh themselves silly” over HB2. “I just think it’s a big nothing,” she said…

The following are a couple of Promo pictures: 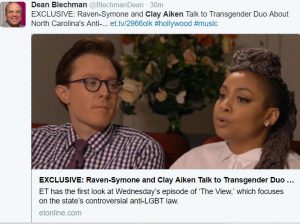 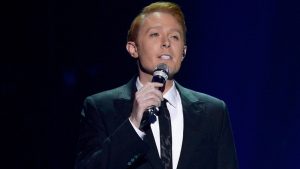 THE VIEW: Clay Aiken joins the table to talk about his recent visit to North Carolina with Raven-Symone. Aiken, who ran for Congress in the state, joined Raven to talk to people on both sides of HB2, the Public Facilities Privacy and Security Act (aka “Bathroom Bill”).

On Tuesday, Clay Aiken was a guest on America Now Radio with Meghan McCain.  It is fun that Clay has the opportunity to speak with her almost weekly.

Today, they talked about almost everything.  Clay talked about his job as judge for the College Debate at Politicon.  It seemed he was very impressed with all the teams. Meghan and Clay also talked about ISIS, Celebrity Apprentice, Muslims around the world, CNN, and, of course, Donald Trump and Hillary Clinton.  Clay also told Meghan that he was “in love” with Elizabeth Warren.

They always seem so relaxed together. 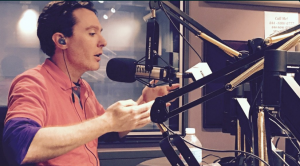 If you missed Clay on the radio and would like to hear Clay, you can hear it HERE.  Remember to click on the link for June 28th.  Clay comes on around the 36 minute mark.  Enjoy!!

I would love to hear your reaction to Clay’s visit on The View!

I am looking forward to the show.

I hope you are too!!