Clay was with his good friend, Meghan McCain and from pictures of the event, they seemed to have a wonderful time.  Clay posted the following picture and message on Twitter: 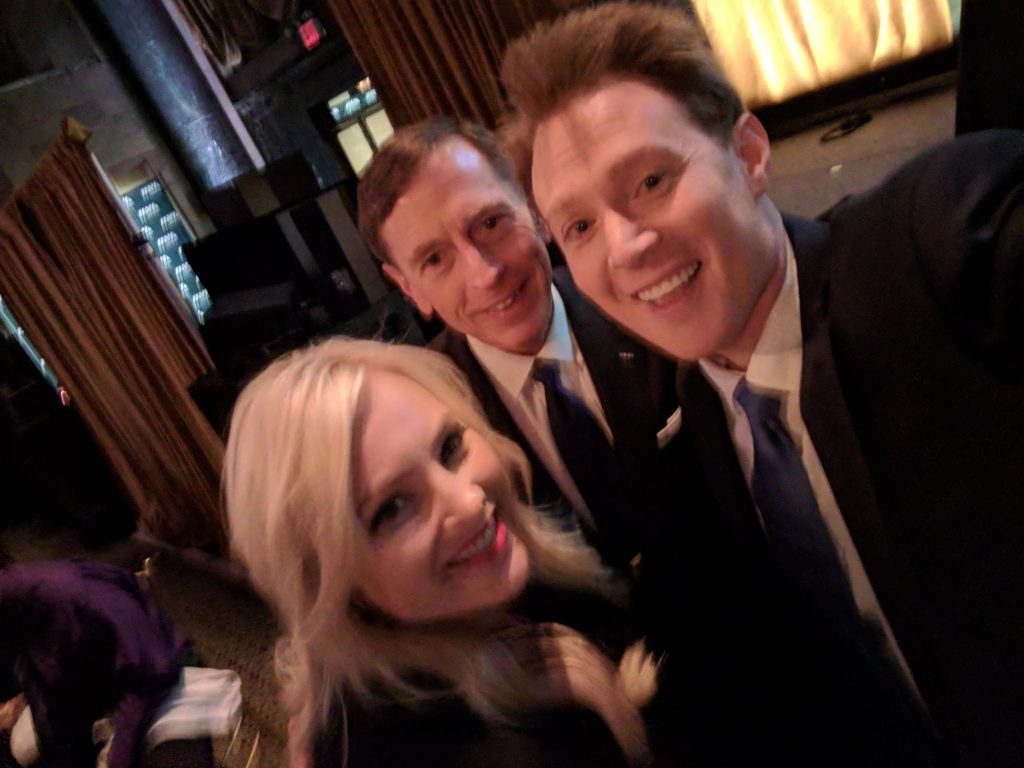 Some folks flip out over folks like Beyonce, @MeghanMcCain and I are geeking out over Gen Petraeus at #IAVAHeroesGala

I have to admit, I needed to look up IAVA.  I was not quite sure I knew enough about the organization.  On their website, they say:

Iraq and Afghanistan Veterans of America (IAVA) is the leading non-profit that connects, empowers and unites Post-9/11 veterans.

The Gala was certainly held on the right day, just 2 days before Veterans Day.

There was a lot of social media about the event.  It was fun to see that Clay was front and center as he ate dinner. 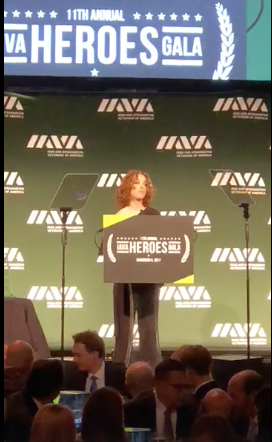 Yes…that is Clay having dinner right in the front. I wonder what was served at dinner!!

Meghan gave a speech at the Gala and Clay took a picture and put it on twitter with a short message: 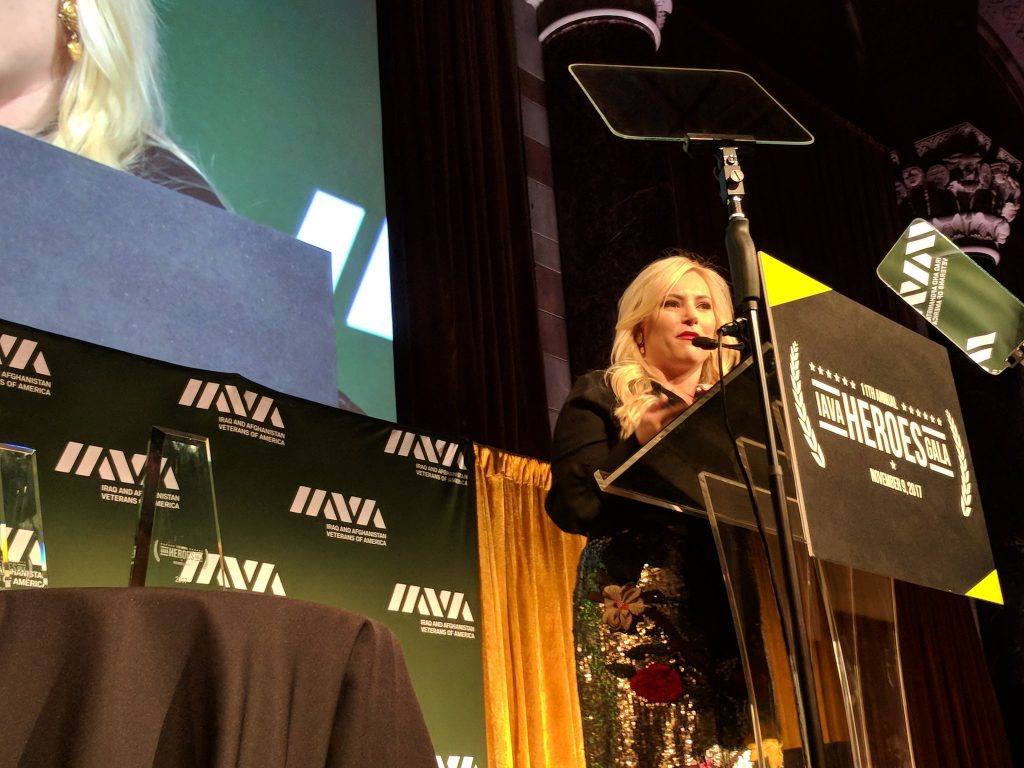 Clay Aiken: .@MeghanMcCain is killin it at #iavaheroesgala tonight.

Clay seemed to listen to Stephen Colbert carefully as he spoke at the Gala! 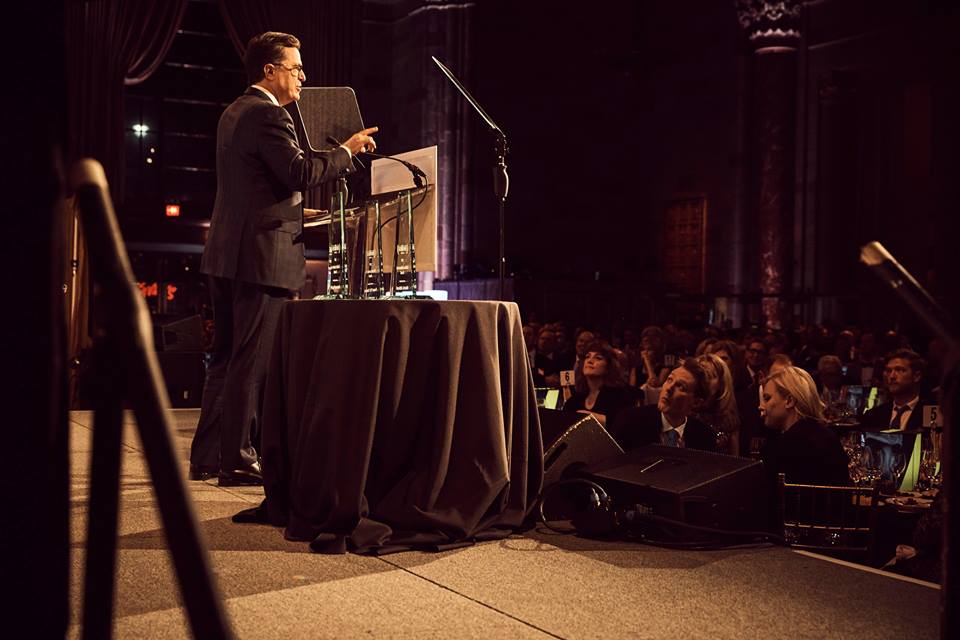 Clay and Meghan walked the red carpet together at the event! 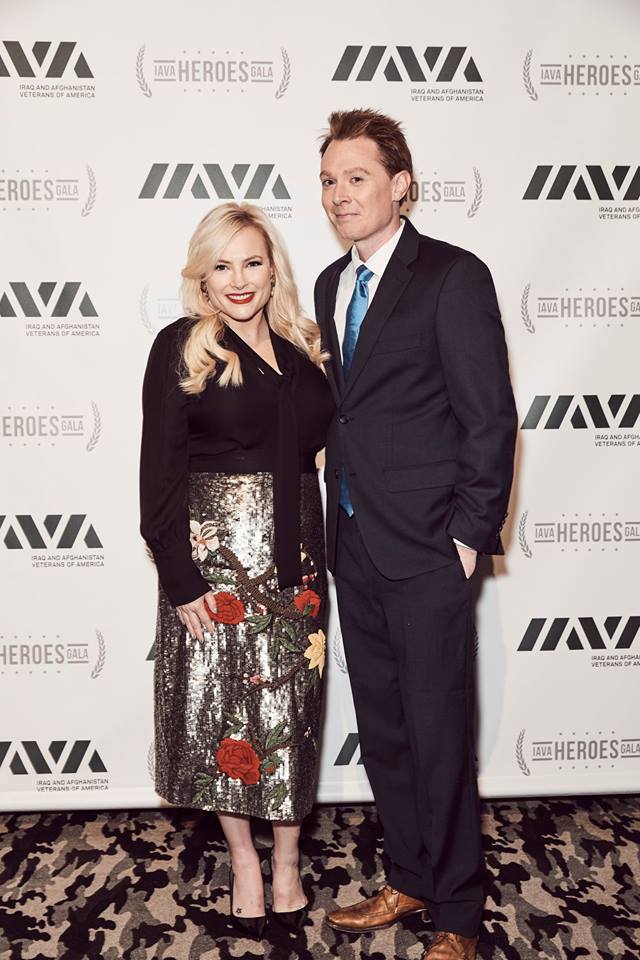 Being moved and inspired tonight at #iavaheroesgala in #NYC to honor some of America’s finest. Our veterans

The IAVA sent back a message to Clay:

Thank you for joining us @clayaiken— hopefully we can show you how veterans party tonight!

It seems like it was a wonderful Gala.  I hope the organization raised lots of money!

with Clay and Carrie!