Clay Aiken and Ruben Studdard have been in the press a lot lately.  I love seeing all the promotion for their Christmas Show.

On Tuesday, a website titled “Audience Rewards” posted a short article and a picture about the Christmas Show.

Ruben Studdard and Clay Aiken are reuniting this Christmas live on Broadway—to celebrate the 15th Anniversary of their record-setting American Idol finale.

With a classic evening of songs and sketches harkening back to the days of Dean Martin, Andy Williams, and Carol Burnett, Ruben and Clay croon, quip, and create a magical setting that’s perfect for those yuletide yearnings. Enjoy an evening of holiday classics as they unwrap some of their old time favorites, some newfound gems—and even a few old grudges. Come join in on the fun, the festivities, and the fantastic performances of two of America’s favorite singers as they reunite on Broadway for three weeks only!

This site also has some ticket packages that you can purchase.  You can see the entire write-up on Ruben & Clay’s Christmas Show HERE

Playbill has been a big supporter of the Christmas Show.  They put the following picture on their Instagram page- 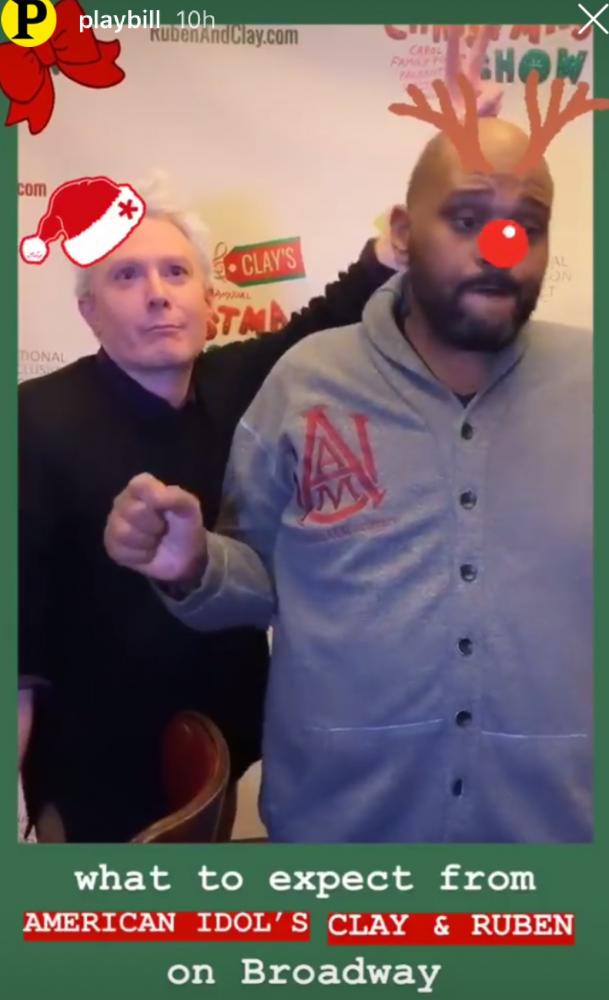 There is a website titled AL – Alabama.  They wrote an excellent article about the Christmas Show.  Of course the article was pro Ruben…

Birmingham’s Ruben Studdard plans to bring some holiday cheer to audiences in New York City this year, appearing in a Christmas show with Clay Aiken…

…Studdard, 40, and Aiken, 39, became inextricably linked in the public’s consciousness in 2003, when they took first and second place on the TV reality series during one of its most popular seasons. Studdard, an oversize R&B crooner from Alabama, and Aiken, a spiky-haired pop singer from North Carolina, vied for the “Idol” title with good humor and easy camaraderie, drawing fans to the series in droves…

You can read the entire article at AL.com

Clay was able to see the Broadway show, The Band’s Visit last week.  He went backstage and had a few picture taken. 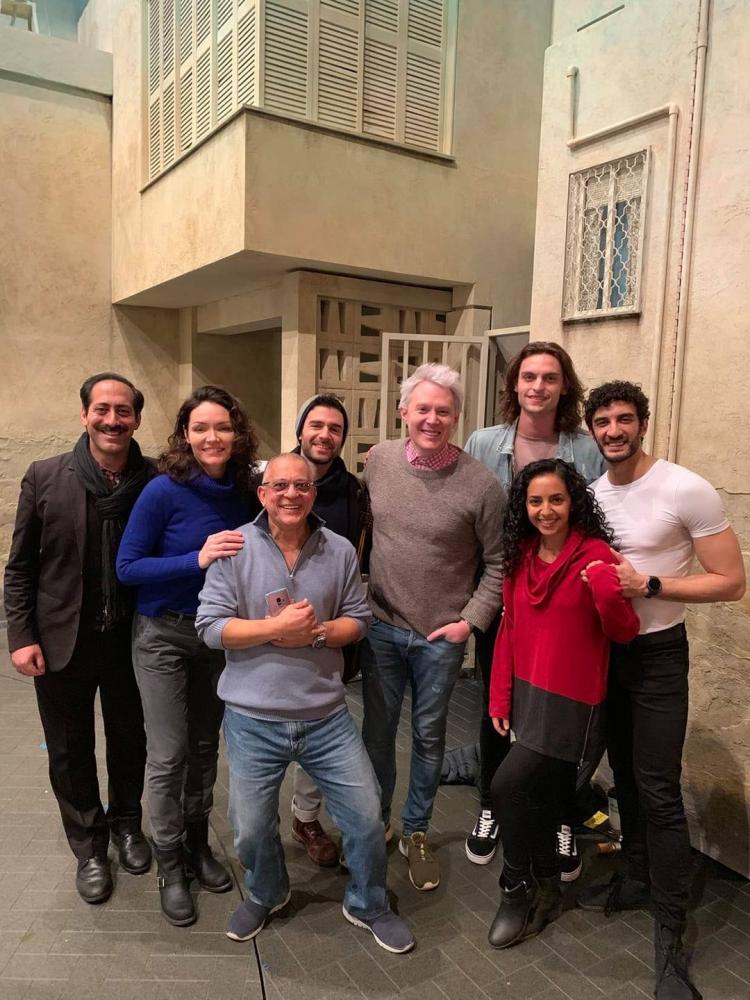 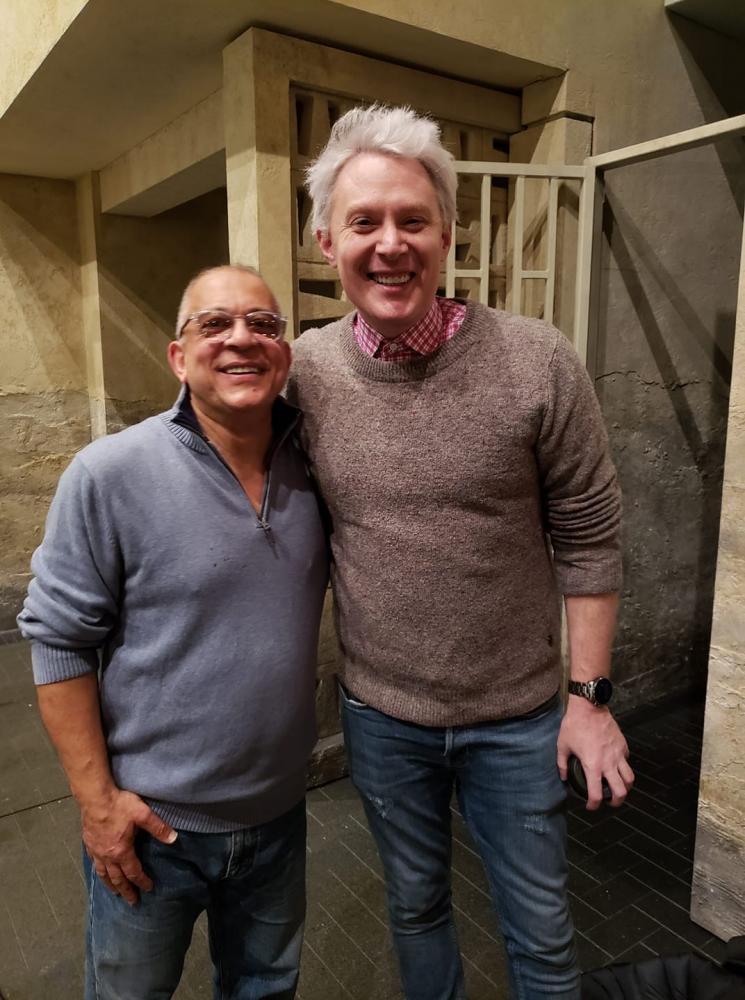 The website, TheaterMania, posted  a fun video of Clay and Ruben.  I think you  will enjoy it!

I also found the following video about the Christmas show.  It is short, but lots of fun!

Isn’t it fun to see all these pictures, videos, and articles about Clay and Ruben.

I love each one!!