Did you see the message and picture that Clay posted yesterday? 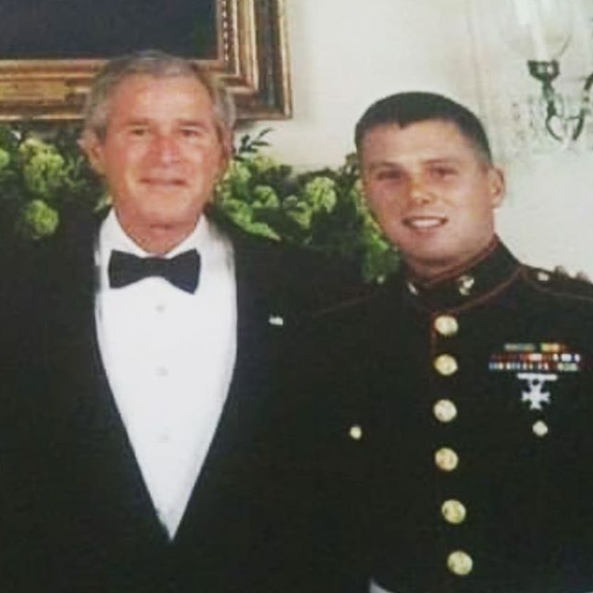 A big and heartfelt THANK YOU to my favorite veteran, my brother Brett (who will no doubt give me hell for posting his photo on my feed… but I don’t care!), and to all of the men and women who offered their lives for our freedoms in ways that most aren’t willing. Happy Veteran’s Day

Thank you, Brett for your service to the United States!

In My Life – Verse Three

But of all these friends and lovers

There is no one compares with you

And these memories lose their meaning

When I think of love as something new

For people and things that went before

I know I’ll often stop and think about them

In my life, I love you more

“In My Life” is a song by The Beatles written by John Lennon and Paul McCartney. The song originated with Lennon, and while McCartney contributed to the final version, the extent of his contribution is in dispute. Released on the 1965 album, Rubber Soul, it is ranked 23rd on the Rolling Stone article “The 500 Greatest Songs of All Time”, and placed second on CBC’s 50 Tracks. Mojo magazine named it the best song of all time in 2000.

On March 12, 2010, Clay Aiken sang this beautiful song on his Tried & True Live PBS Special. On the night of the recording, he dedicated the song to all the teachers that have been a part of his life.

Clay also featured this amazing song as he toured throughout the US on his Tried and True Tour.

The following video was taken at the Keswick Theatre in Glenside, Pennsylvania.

I really recommend this video.

There are two parts: a bit of “chatty” Clay at the beginning and then it highlights his beautiful voice.

I would love to hear what you think!

4 thoughts on “Clay Aiken – It Highlights His Beautiful Voice!”