An optimist is the human personification of spring.

Did you hear Clay Aiken on the radio Tuesday morning?  Clay was co-hosting the show, Wake Up With Taylor.

As you probably know, Wake Up With Taylor is a daily talk show on Sirius XM Stars 109, from 7:00AM ET to 10:00 AM ET.  The show is hosted by Taylor Strecker.  The 3 hours are for pop-culture topics, celebrity interviews, and some fun comedic segments.

Last week, Clay walked 18 blocks in the blizzard to co-host the show.  Today, the weather was much better and I bet Clay took the train!!

One of the many outstanding parts of the 3 hour show was a visit with Kellie Pickler.  Kellie came in 6th place in season 5 of American Idol and has had a very successful career since the show.

Clay and Kellie agreed that it would be fun to do a Broadway Show together.

Both Taylor and Kellie are counting on Clay to take them to the show,  Waitress.  With those three, there will be lots of giggles and laughter!!

The broadcast got lots and lots of positive comments on Facebook and Twitter.  It’s nice to read that people are enjoying the show!!

If you didn’t hear the show, you can still hear it HERE. 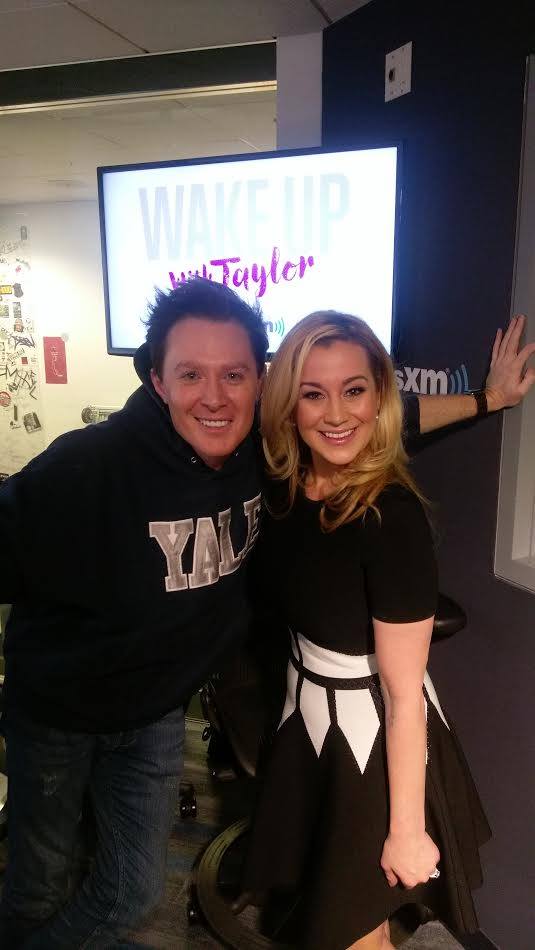 The revival of Miss Saigon  is in previews at  The Broadway Theatre. The original production of Miss Saigon opened at the same theater on April 11, 1991 and played there through January 28, 2001. 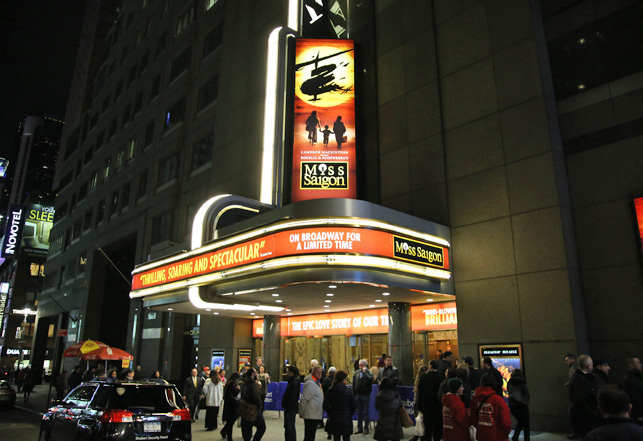 Miss Saigon will have its official opening Thursday, March 23 at 6:30 pm. and will play a limited engagement through January 13, 2018 before launching a North American tour later in the year.

MISS SAIGON tells the story of the last days of the Vietnam War, when 17 year-old Kim is forced to work in a Saigon bar run by a notorious character known as the Engineer. There she meets and falls in love with an American GI named Chris but they are torn apart by the fall of Saigon. For three years Kim goes on an epic journey of survival to find her way back to Chris, who has no idea he has fathered a son.

Besides the beautiful music, Miss Saigon is known for a scene where a helicopter “lands” on the stage.  It seems very real! 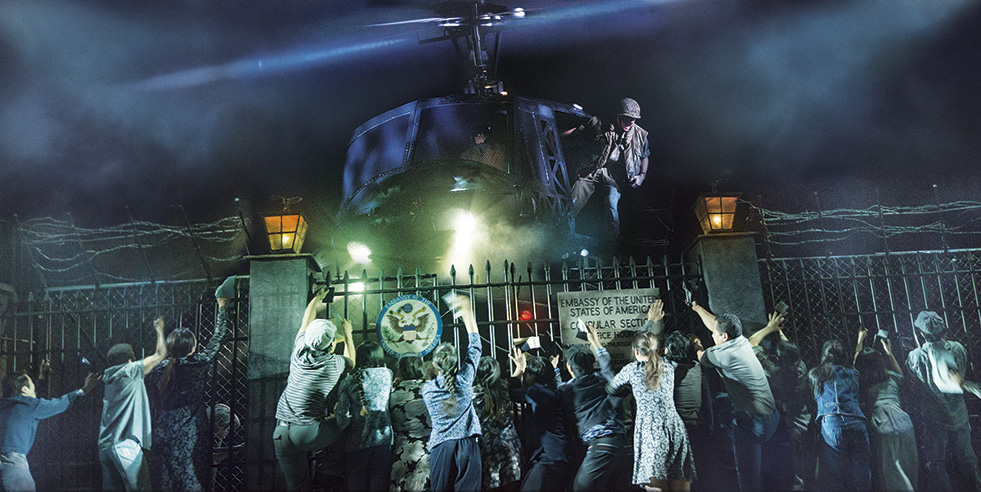 I hope that Clay enjoyed Miss Saigon.  I often thought that Clay would be perfect in the role of Chris.

Have you ever seen the musical, Miss Saigon?

Have a great Wednesday and lets hope we hear from Clay Today!!

2 thoughts on “Clay Aiken – The Fun of New York City!”