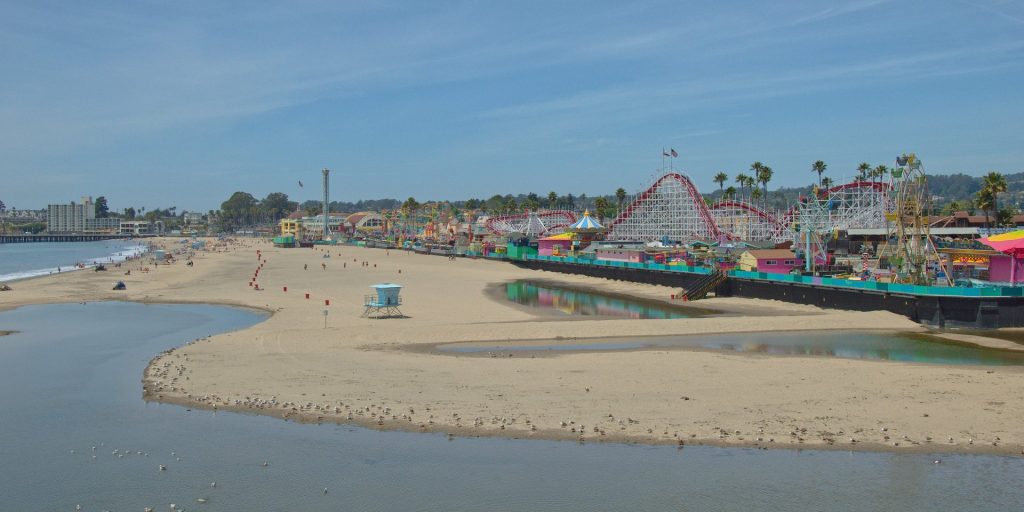 The Event:  The release of the album, Under The Boardwalk by the Drifters.

The Drifters were a doo-wop / R&B vocal group.  They were very popular from 1953 to 1964. The single of Under The Boardwalk was released by Atlantic Records and reached number 4 on the Billboard Hot 100 chart.

The song is about two people who want some alone time and find it Under The Boardwalk!

The Event:  Episode 6 of Celebrity Apprentice #5

Clay Aiken showed off his entertainment skills when he hosted a party to promote Crystal Light.  The men’s team created the ultimate summer beach atmosphere.  There was sand on the floor, beach balls, beach umbrellas, flowered shirts and even some bikini-clad girls!

The highlight of the party was when Clay sang Under The Boardwalk.  Accompanied by the talented Ben Cohn, Clay sang the first part by himself, but encouraged the party members to join in and sing with him.  Now, who wouldn’t love to sing with Clay Aiken?

The Boardwalk – to me that means a sunny beach, classic amusement park rides, free shows, arcade games, and all the delicious artery-clogging food you can imagine.  Now, I will always add memories of Clay Aiken singing in his flowered shirt and lei to my boardwalk recollections.