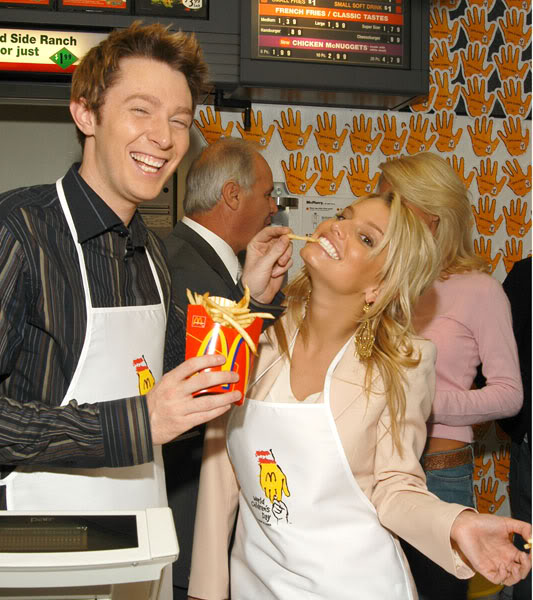 There was a large roster of world-renowned entertainers and dignitaries that supported the event. Some of the guests included Celine Dion, Justin Timberlake, Dustin Hoffman, Jessica Simpson and American Idol finalist, Clay Aiken.  Clay worked the counter at a McDonalds in the Los Angeles area. 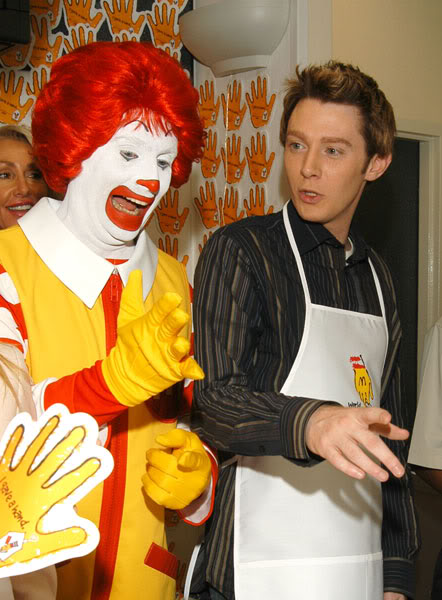 It was exciting to find out that World Children’s Day at McDonalds raised over 15 million dollars.

On November 22, 2004, Clay became a Ronald McDonald House Charities Ambassador.  Clay and McDonalds seemed to work well together and Clay was back for the 2004 World Children’s Day.  In 2004, 32,000 McDonald’s restaurants, in more than 121 countries, were involved in the fundraiser.

There was no entertainment at the restaurant that day so Clay did not sing. Since Clay was an ambassador for Ronald McDonald House Charities, he was the featured speaker at the event.

Thank you to E News! for running a picture of Clay today…

It is always fun to look back at all the things that Clay has supported!