Every year, I always have a wonderful Christmas Holiday with my family.  It will be the same again this year…the family time, the good food, and the wonderful time to just have fun.

But…this year I have added the fun of seeing Clay Aiken on Broadway!  It is so much fun to read all the reviews, see the pictures and read the messages on social media!!

I thought that today I would share just one article with you…and of course, some wonderful pictures too.  I hope you will enjoy this!

The site, Theater Mania has written many articles about Ruben & Clay’s Christmas Show.  The following is fun to read! 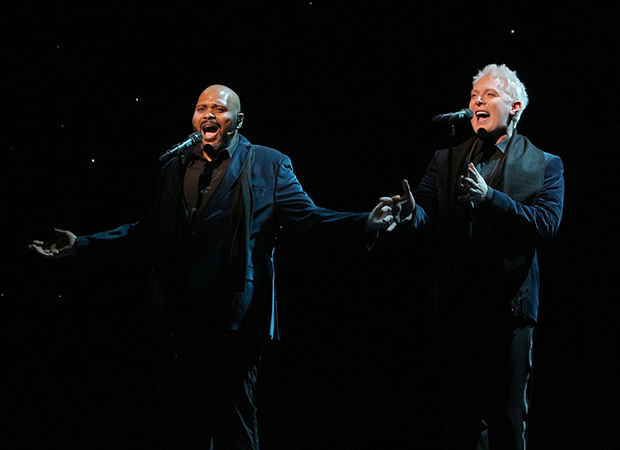 …The set-up is as follows: Studdard and Aiken, winner and runner-up (they never let us forget that), have buried the hatchet and come together to host a Christmas season variety special akin to the ones they watched growing up. What it amounts to is an evening of skits and scenes, with as many secular and spiritual Christmas songs as we could want, performed by two artists who won the hearts of 40 million people 15 years ago.

Thankfully, time has not withered their voices, and their personal performance styles complement each other onstage. Studdard is less of an actor and not really a showman — he’s a no-bells-or-whistles, stand-and-deliver kind of performer with a velvet baritone — while Aiken’s flair for the theatrical is enough to make up for a lower register that needs a little strengthening. They do well by upbeat duets like “It’s Beginning to Look a Lot Like Christmas,” and have a pretty funny “can you top this”-style mashup of “Silent Night,” “Hark the Herald,” and “O Come All Ye Faithful” to open the show.

Aiken excels on carols like “The First Noel,” while Studdard unleashes a beautifully emotional rendering of “My Grownup Christmas List,” dedicated to the memory of his older brother, who passed away in May. A five-member ensemble provides strong backup, and each person has a chance to wail.,,

…And then there’s “Baby, It’s Cold Outside,” a 1950 song now being banned from radio stations because of objections to the un-PC tone of its lyrics. Studdard, alongside charismatic singer Farah Alvin, sets out to sing his version, which “makes a woman feel respected.” Off they go:

Farah: My mother will start to worry

Farah: My father will be pacing the floor

Ruben: Yes, be more in a hurry

Farah: But maybe just a half a drink more

Ruben: How about a chamomile tea?

The entire company, not to mention the audience, is clearly smitten by these genuinely comical lyrics….

There are some wonderful pictures from this site: 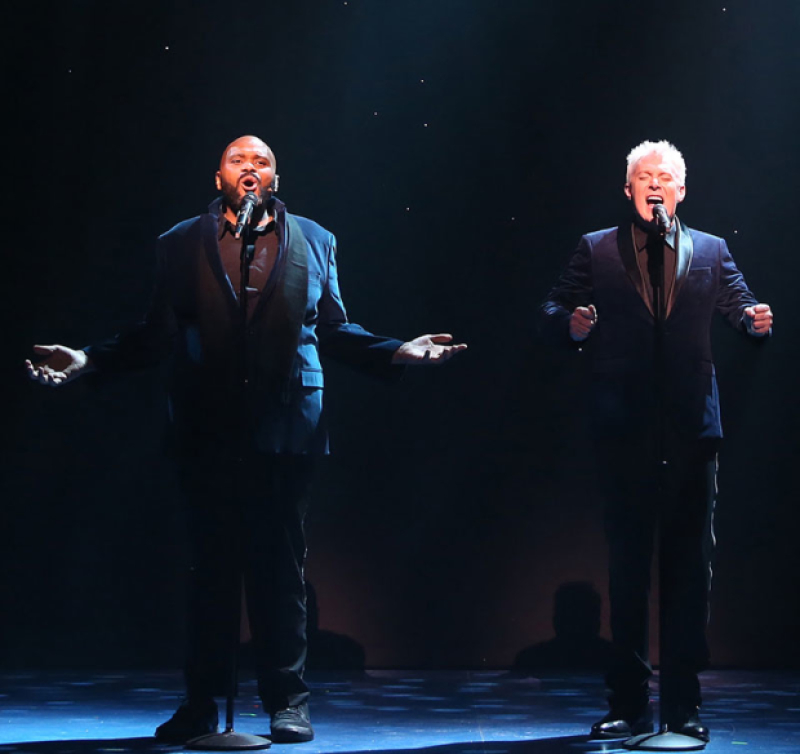 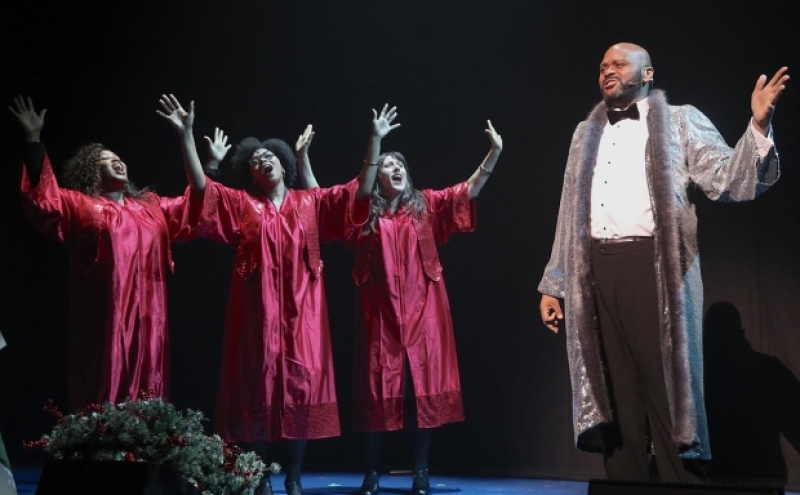 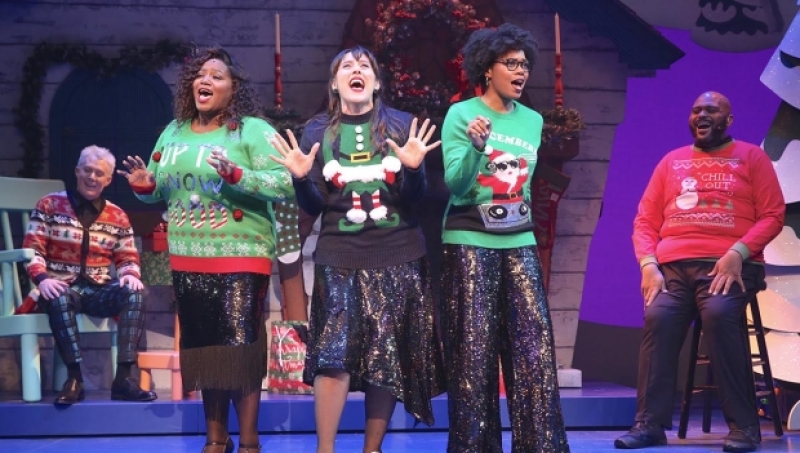 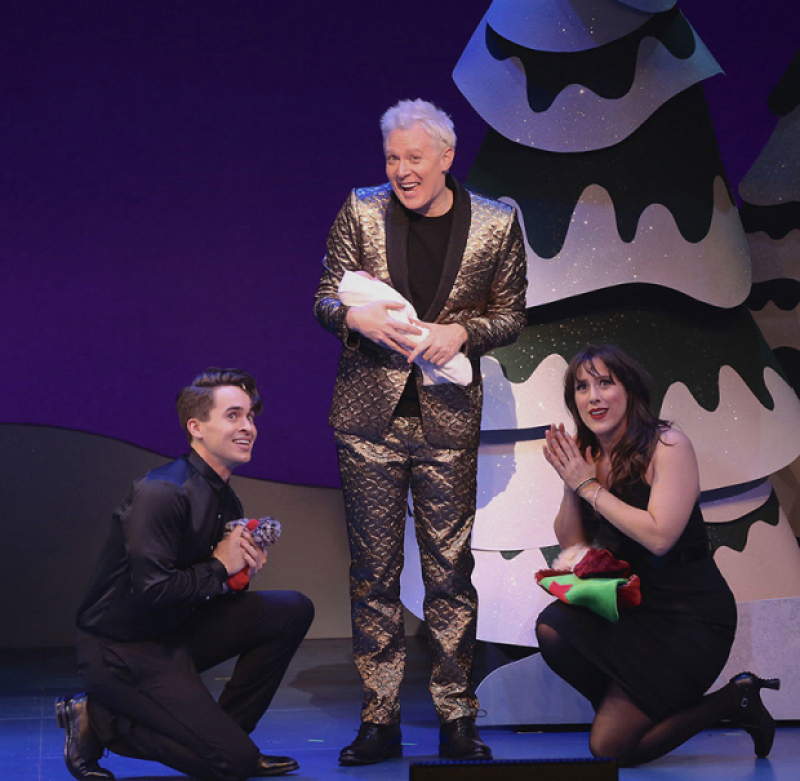 The pictures are great and I am glad that Theater Mania is supporting the show!

If you want to visit the site and read the entire review, Click on TheaterMania

A big thank you to TheaterMania for all the support and pictures you have posted so all can enjoy the show!

Please let us know if you are able to see the show, live.  We all would love to hear what you thought!

3 thoughts on “Clay Aiken -The Hatchet Is Buried”