Did you know that last night was an important night in the field of Ice Hockey?  According to CBS Sports:

The Metropolitan Division was crowned as 2019 NHL All-Star Game champs on Saturday in San Jose.  Sidney Crosby & Co. topped the Atlantic Division with a 7-4 win in the semifinal, then smoked the Central Division with a 10-5 victory in the final to take home the title.

I remember when Clay Aiken performed at the NHL All-Star game.  It was on January 30, 2011.

Clay Aiken sang the National Anthem at the NHL All-Star Hockey game. The game was held in Raleigh, North Carolina.

When asked about the game, Clay said:

We all rally behind the home team. I don’t think anybody in Raleigh knew much about hockey until the Hurricanes came to town, but now everybody has learned to love it.

Clay did an amazing job of singing at the game. He sang with confidence and his voice was “spot-on.” It was a joy to watch Clay perform and see the positive reaction from the players and the fans.

The day after Clay sang, I took some time to check out comments from fans and non-fans at many different sites on the internet. I thought they were very positive and that we might like to remember what people said. 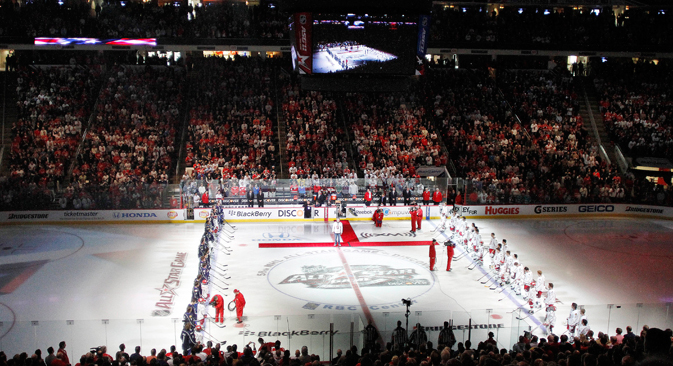 Clay nailed the song. His voice was perfect.

I love Clay and I’m so happy to be a fan of his. 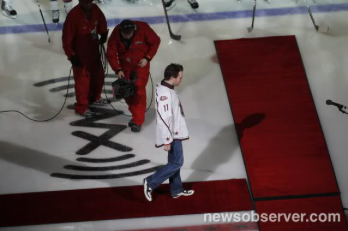 STUNNING PERFORMANCE OF THE SSB!!!!! This man can SING.

He has truly been given a BEAUTIFUL VOCAL INSTRUMENT.

This is how our National Anthem should be Performed….. Kudos Mr. Aiken!!

I thought Clay did an excellent rendition of our national anthem.

It must be so hard to sing with that major echo in the arena.

Props to him for pulling it off. I may have to check out his tour. 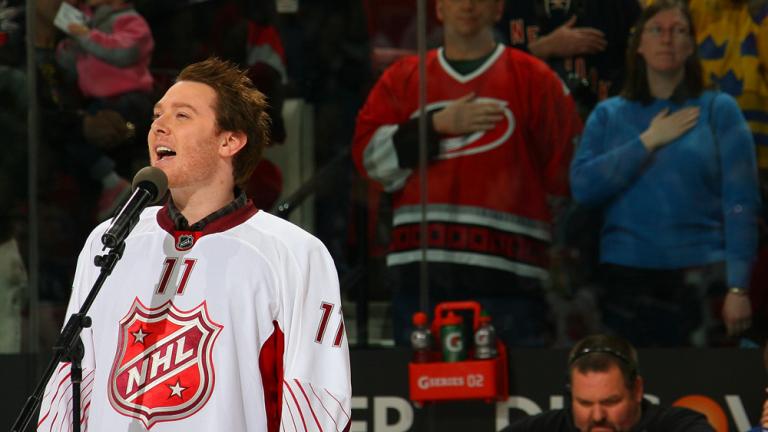 he loves and promotes his hometown all the time —

he sure did a fabulous job for them today —

SSB was tremendous. Thank you, Clay! 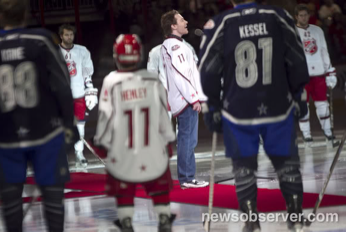 I am a huge hockey fan and was surprised to have Clay Aiken’s name appear while I was researching game facts.

Listened to the video. WOW, forgot what a beautiful voice he has.

Clay did an amazing job on the National Anthem.

He is a talented man and I am glad that many people were reminded of his great voice.

I can’t wait to see him on tour next month! 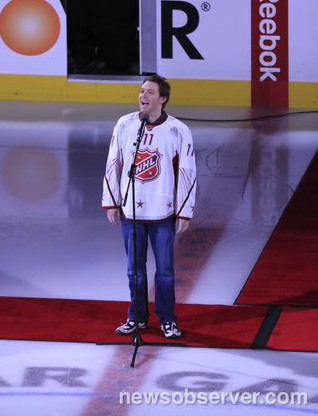 Saw it live. The announcer was spot on when he said, “Impressive.”
Clay Aiken can SING–does a beautiful rendition of the SSB. Looking forward to that tour. 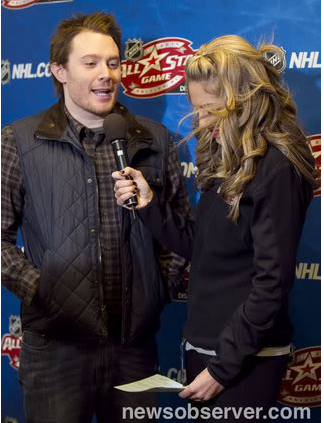 At the All Star Game. Clay Aiken nailed the National Anthem!