It was the Top 3  on the second season of American Idol. 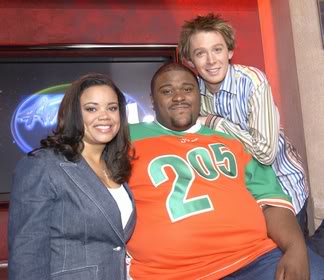 I know that Clay had some troubles with Vincent.  It seems the arrangement was changed and Clay had no time to rehearse the song. 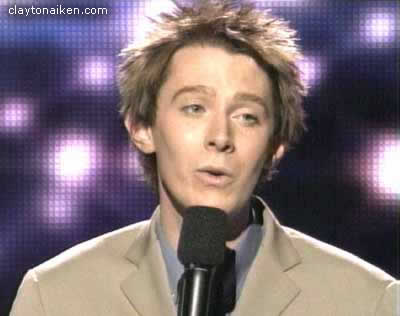 He was a huge hit on both Mack The Knife and Unchained Melody. 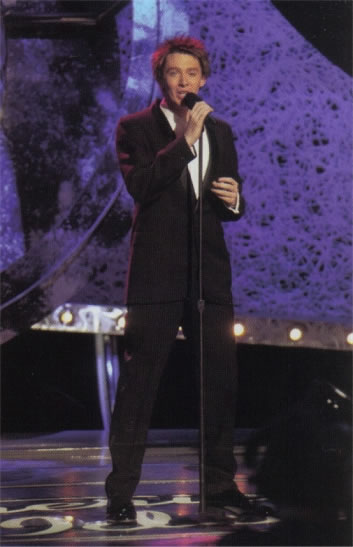 The Top 3 Results Show the next night was exciting.

The Final Three visited their hometowns during the week. Clay headed to Raleigh and visited  the YMCA where he had worked. His mother  hosted a BBQ at her house, and Clay sang the National Anthem at a Durham Bulls baseball game.  It must have been a fun time. 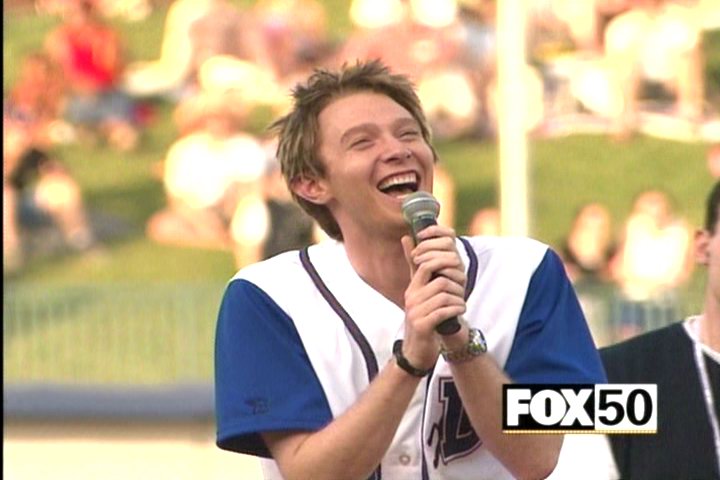 To add to the excitement of the show, the top 3 performed a Group medley of Love Songs.

All three contestants were great, but I certainly was excited when it was announced that Clay would be in the finals.

The following videos are Clay singing Mack The Knife and the trio of Love Songs.

2 thoughts on “Clay Aiken – His Music Is Magic”