CNN had a program called People In The News.  On March 14, 2004, they featured Clay Aiken and Ruben Studdard in the 60 minute program.

The program follows Clay and Ruben as they made their way through American Idol and into the world of pop music stardom.  There are interesting comments by both Ruben and Clay about their time on American Idol and their motivation to try-out.

As this is an expose on the making of popstars, it is interesting to hear the comments by the 19 spokesperson and RCA’s Clive Davis.  They both made a point of saying that both stars were not what the world saw as pop stars.  One can only imagine how shocked they were to see both Clay and Ruben become big stars in the recording industry. 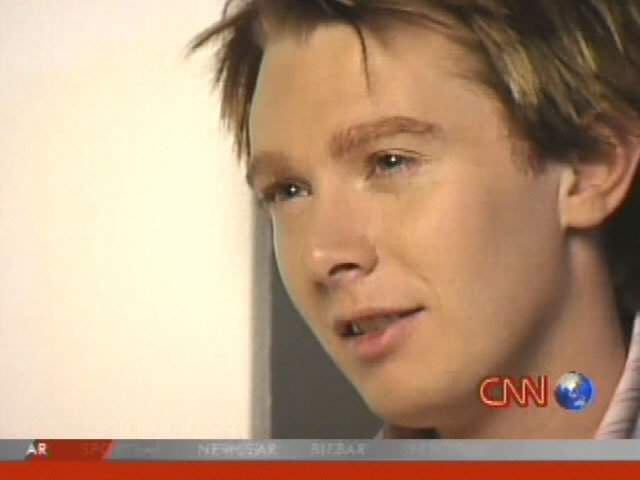 Although there are many fans who might be “put off” by watching some of the RCA comments, the show is very interesting and should be viewed by Clay fans.  What the fans now know about Clay’s career with RCA can put a complete new perspective on what we see and hear on the videos.

The program has been captured in 4 videos.  ENJOY!!

7 thoughts on “Clay Aiken – In The News”