Yes…That was the night that Clay Aiken starred as Kenny, the cafeteria worker, who liked to pick hair out of the meatloaf.  But life is not good for Kenny. There are rumors of job lay offs at Sacred Heart Hospital and Kenny is afraid he will lose his job because he is one of the last hired at the hospital. 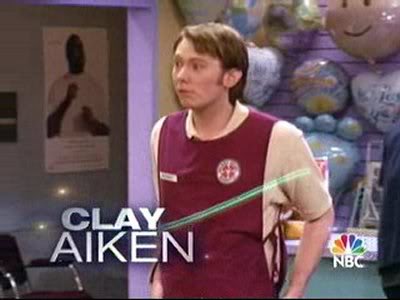 Originally broadcast on February 15, 2005, this particular episode received a great deal of publicity.  The very popular Clay Aiken was a guest on the show and the director was using a new concept for filming the show.  The director chose to use multiple cameras instead of the usual one camera for this episode.  It was also the only time the show filmed in front of a live audience. 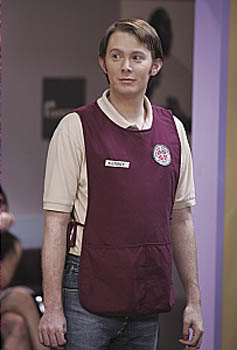 Clay played the role of a nerdy cafeteria worker named Kenny. Although Kenny is a hard worker, he is about to lose his job because of budget troubles and cutbacks. However, before he leaves he wins the hospital talent contest. Clay performed the Stevie Wonder hit, Isn’t She Lovely on the talent show.

The publicity came from all different sources.   The following are a few of the articles that were written about the show. 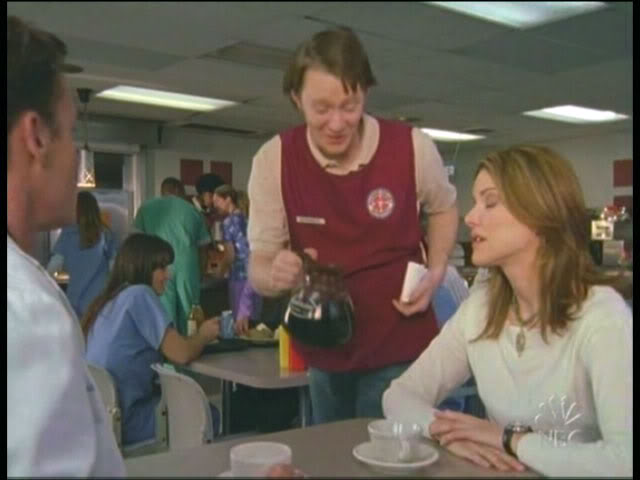 Entertainment Tonight
Small-Screen ‘Idol’
Clay Aiken will guest-star on ”Scrubs.” ”American Idol” runner-up to appear on episode that makes fun of sitcoms by Michael Slezak. Apparently, Will & Grace isn’t the only NBC sitcom relying on singing sensations to boost its ratings. American Idol’s Season 2 runner-up Clay Aiken will play a cafeteria worker named Kenny in the Feb. 15 episode of Scrubs, which is titled ”My Life in Four Cameras,” and will reportedly ridicule such standard sitcom conventions as the laugh track, an NBC spokesperson confirmed.While Scrubs is typically filmed on a closed set, Aiken’s episode will be taped in part before a live audience. No word on whether the carrot-topped crooner will break into song during his Scrubs stint. 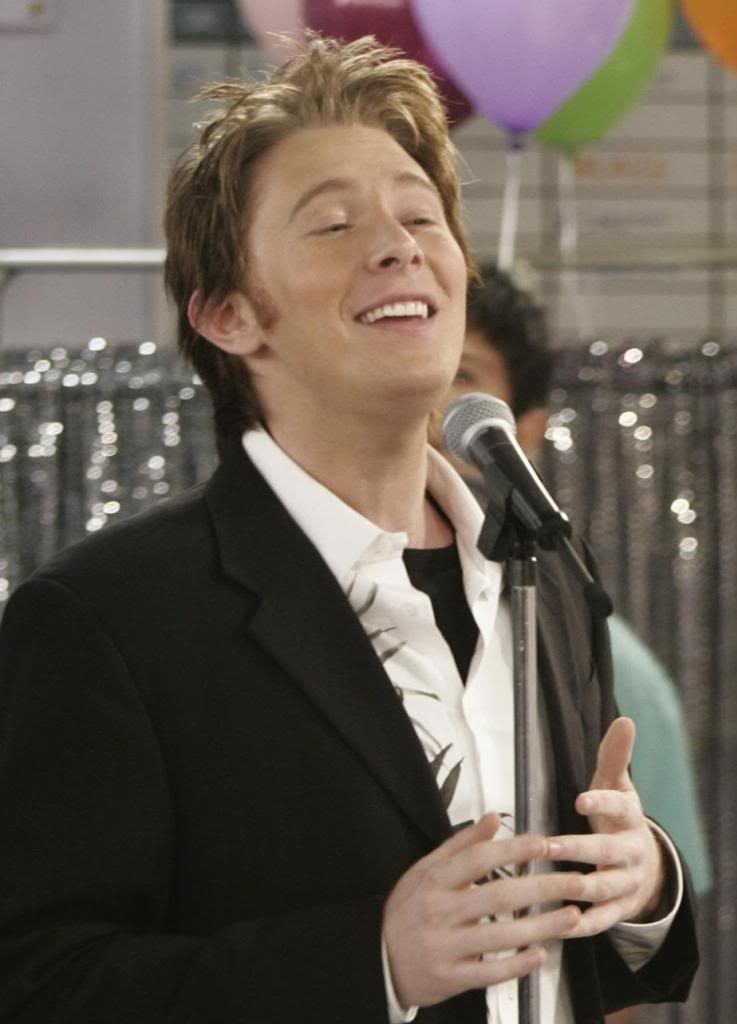 As an “American Idol” alum, Clay Aiken knows what it’s like to perform with a lot at stake, and next week fans will see him sing like his job’s on the line – his job as a cafeteria worker.
Aiken stars as Kenny, a cafeteria employee who likes to pick hair out of the meatloaf. Like many episodes of “Scrubs,” “My Life in Four Cameras” centers on daydreaming doctor J.D., played by Zach Braff, and this one features the “longest fantasy sequence of all time,” taking over the entire second act, according to co-star Sarah Chalke (who plays Elliott).

It starts when J.D. has to give a sitcom writer the bad news that he only has a few weeks to live, and then he wonders how the lives of everyone at Sacred Heart Hospital would turn out if left in the hands of the writer.

J.D. says to himself, “Sometimes, I think we all wish life was like a sitcom,” and then suddenly, life is a sitcom, as the show transforms into a mockup of traditional sitcoms, down to its own structure. Where “Scrubs” is normally shot with only one camera and no studio audience, there are now four cameras and a live audience. Their responses surprise J.D. at first, making him wonder just where the laughter is coming from.

“In the sitcom, it’s a joke that there’s always a big guest star, and they walk out and the audience goes, ‘Woo!’ ” Braff said. “And we needed to have that, and Clay was nice enough to be our ‘woo!’ “

“I guess I have a little experience with live audiences,” Aiken said, “so they said, ‘Why not come out and give it a shot?’ “

Kenny’s cafeteria job is on the line, but his natural singing ability comes in handy since a hospital talent show is just around the corner — a device that would only work in sitcom world. “They have to fire someone in the cafeteria,” Aiken said, “and my character is the one with the least seniority, so it looks like I’m about to be fired. But through the magic of television and sitcoms, my job is saved.”

“He is so unbelievably talented,” Chalke said. “He has this insanely sick voice. And he was so cool, he came and sang for the audience at the end.”

It wasn’t easy for the cast members to adjust — learning to hold for laughs, for one thing — but they liked the energy of doing the show live for a change.

“When you have the safety of being in an insular, creepy, invented hospital in the Valley,” Chalke said, “the crew becomes our live audience when we’re rehearsing. So if they don’t laugh, we just go to the writers and come up with something else.”

“But the crew is a little over our jokes after four years,” Braff said. “And the audience laughing at our jokes makes us think for a second that we’re actually funny. 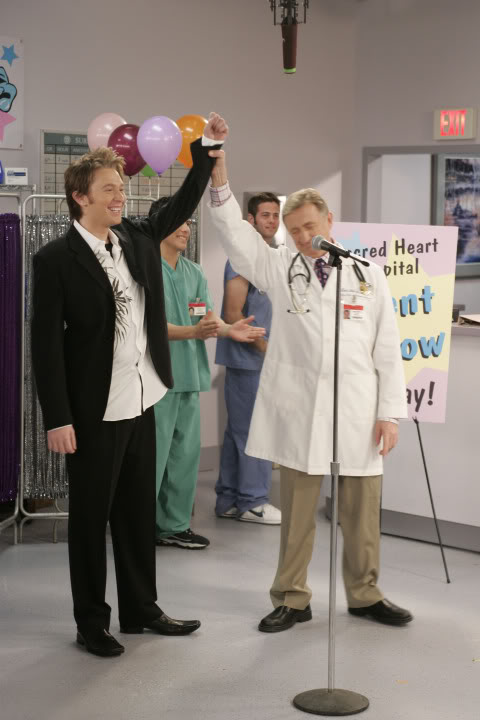 Did you see this episode back in 2005?  If so, you were not alone as it was one of the highest rated episodes that season. 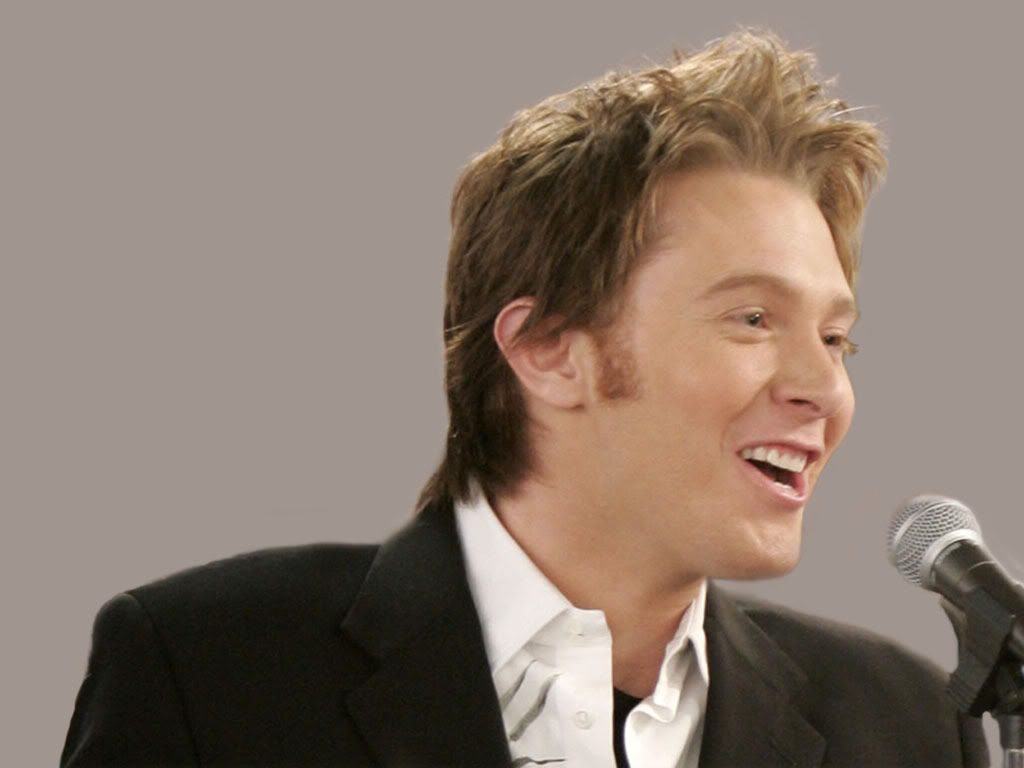 Whether you saw it before, or if you missed it, you can see it here.