In How The Grinch Stole Christmas, what biological shortcoming made the Grinch so mean?

It is always a fun day when Clay Aiken is all over the internet!  Tuesday, there was some fun things to read, see, and hear!

Did you see Clay and Ruben in this weeks, US Weekly? It’s been a long time since Clay was in this magazine. 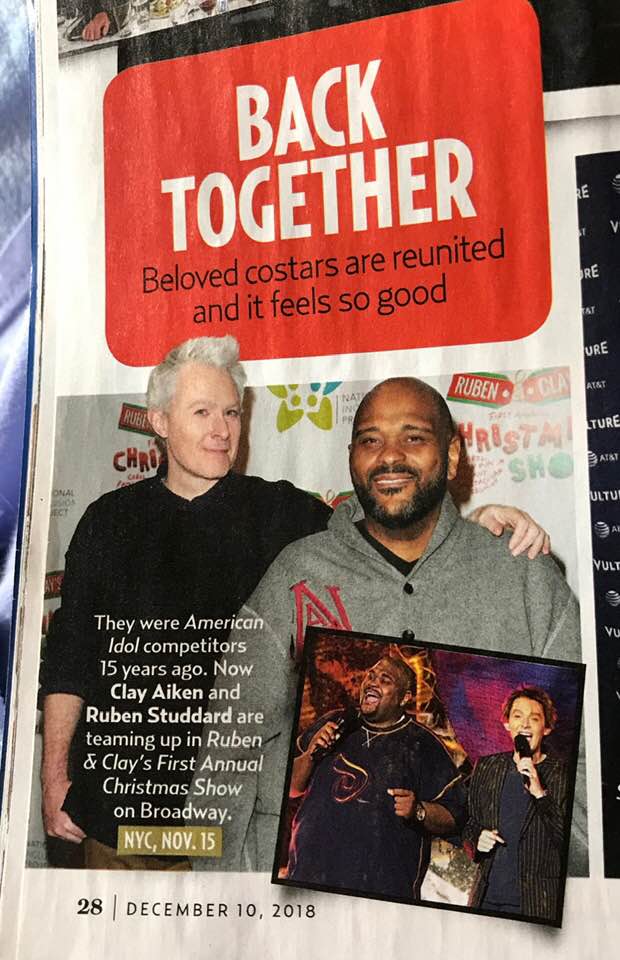 Broadway Box published a great interview with Ruben and Clay: 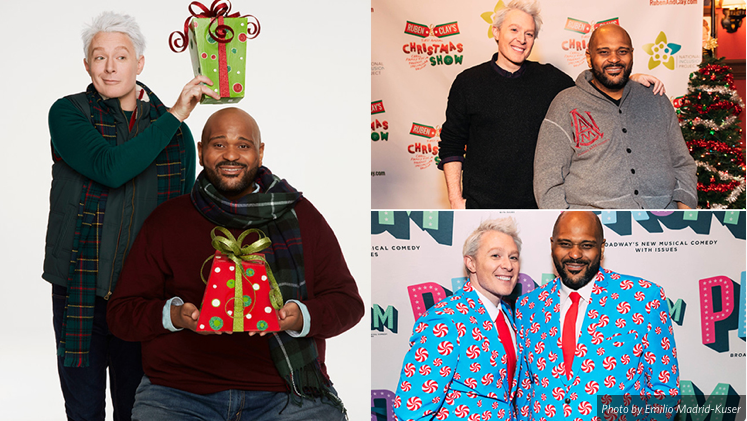 16 years ago come January,Ruben Studdard and Clay Aiken shot to superstardom as the winner and runner-up of American Idol Season 2. Now the boys are back together on Broadway (a debut for Ruben!) this month with their hilarious (and incredibly sung) new holiday concert Ruben & Clay’s First Annual Christmas Carol Family Fun Pageant Spectacular Reunion Show, running December 7-30 at Broadway’s Imperial Theatre.

Broadway Box caught up with the dynamic duo to talk about Christmas traditions, the musical revival they almost co-starred in, and if they would do an Idol all-stars season…

( There are five excellent questions and answers in the article).  You can read them HERE

Clay was a call-in guest on Adam Corola’s show.  The conversation jumped from one topic to another, but it was interesting….and there is no doubt that Adam likes and respects Clay.  I heard it live, but at this time I can still see it at ADAM COROLA

Clay starts talking at the 27:00 minute mark, but  Adam does mention him before that.

Clay and Ruben both posted the following video on their social media sites.  This is so much fun!!