If you’re lucky enough to be different, don’t ever change.

Waking up with @taylorstrecker again on @WakeUp_Taylor – Co-hosting all morning on @SIRIUSXM@SiriusXMStars channel 109. Starting at 7AM!

Yes…Clay was on the radio for 3 hours on Tuesday morning!

This is the second time that Clay has co-hosted this early morning show with Taylor Strecker.

According to Taylors bio on her webpage:

Taylor, a reality TV addict, proudly refers to Wake Up! With Taylor as
“reality radio.” She shares every detail of her life, partly because she’s an
admitted narcissist, but more so in an effort to cut through the bullsh*t
that makes so many women feel less than. Yes, she loves to entertain,
and yes, she loves to make people laugh, but the most important thing to
her is “uplifting women one self-deprecating story at a time.”

Taylor and Clay seemed to have a great time together and to enjoy chatting together and with their listeners.

The 3 hour show was filled with some serious topics, but had a lot of fun information too.  Taylor, who is a lesbian, and Clay talked about the difficulty of coming out and how important it is to let the person come out when they are ready.

Clay related a story from American Idol.  Someone on the show tried to help him by telling how to walk more “like a man!”  Clay got up and showed both walks and they show put it on a video.   You can see it HERE .

In another part of the show, they played a crazy game.  Somehow they make it impossible for someone to move their jaw.  Who could understand what they said first.  Yep…Clay won the game!!

It is nice to hear Clay have  some fun on the radio!

The following are a couple of screensaver of Clay’s walk…they are not the best pictures but the best I could do! 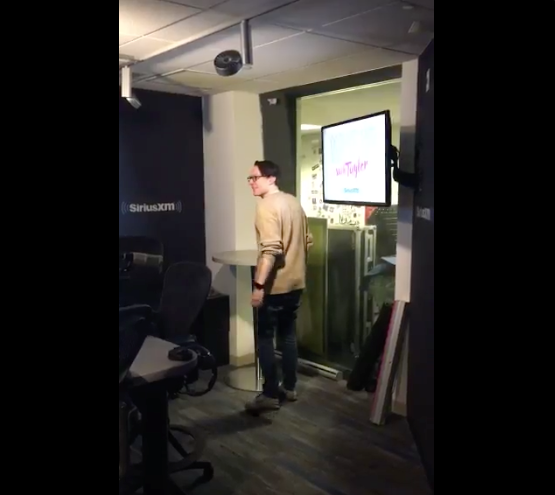 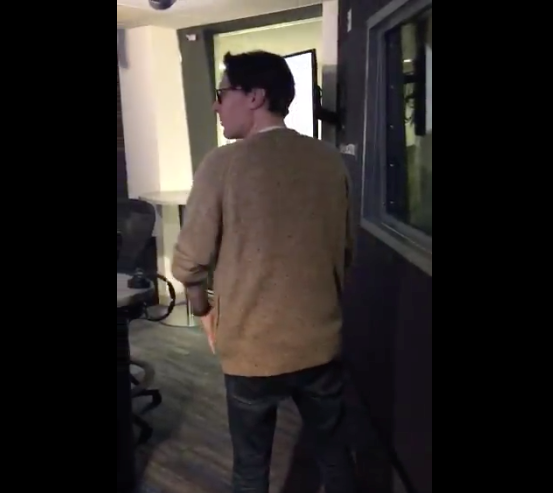 If you would like to hear the show, you can find it at WAKE UP  .The three hours are broken into three different segments. Be ready to have some fun!!

Someone posted the following picture of Clay on Facebook Tuesday morning. 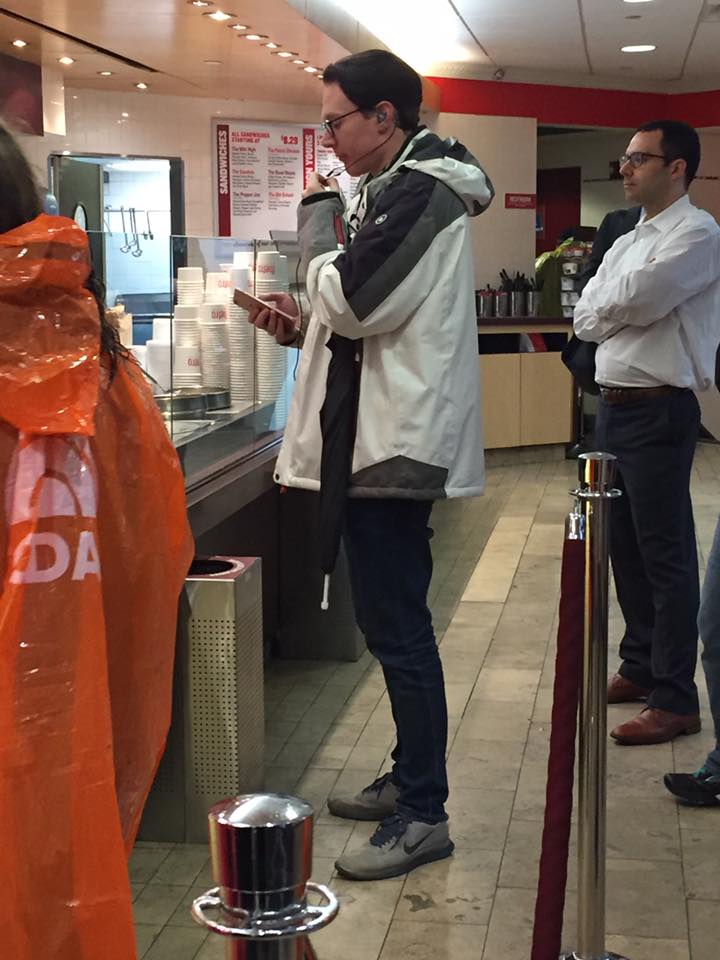 Having breakfast with Clay Aiken 😜

It looks like it was a rainy day in New York!!

Now that Clay is back home in NYC, maybe we will hear from him again…”Soon”.

3 thoughts on “Clay Aiken – Some Fun On The Radio”