This blog is coming to you from Pasadena, California….at Politicon

What a full and exciting day!

I attended 4 different events.  Two of them were panels that Clay Aiken was on.

At noontime, Clay was an active participant of a panel titled Trump: Genius Or Lunatic.

The entire panel had lots of ideas…some said he was a Genius, some a Lunatic and…some said both!

Clay added some information about how Mr. Trump worked on Celebrity Apprentice.  The large audience always seemed to enjoy his his comments and let him know with applause.

Later in the afternoon, Clay was a member of a panel named,  LGBTQ in the 21st Century.  The panel was excellent and both republicans and democrats were on the panel.

Clay stepped up at one point in “teacher mode” as he stopped up to an audience member who was disrupting the program, trying to read a pages long speech.  Clay had the mike turned off that the intruder was using.

Variety posted an article about Clay on the Genius/Lunatic part.

Politicon, taking place this weekend in Pasadena, has a penchant for panels with provocative titles, and one of those this year poses a question: Donald Trump: Genius or Lunatic?

It is not too surprising that with a panel on Saturday composed of both Trump supporters and detractors, there was really no consensus answer.

Instead, it seemed to raise other questions, topics, and conversations.

“I am not quite ready to call him a lunatic and I sure as hell am not calling him a genius. He’s a narcissist,” concluded Clay Aiken, the singer, “Celebrity Apprentice” runner-up, and former congressional candidate.

He recalled going to one of his rallies in Wilkes-Barres, Pa., last year in an arena that Aiken had once sold out when he performed with Kelly Clarkson.

“I knew in that moment that is why he was running, because I remember what that is like,” Aiken said. “I remember the energy of the people from that crowd when they are playing that video of you before you come out. It is something you don’t want to give up. Donald Trump ran for that attention. He is continuing to do his rallies for that attention.”….

The following are some pictures from the first day of Politicon. 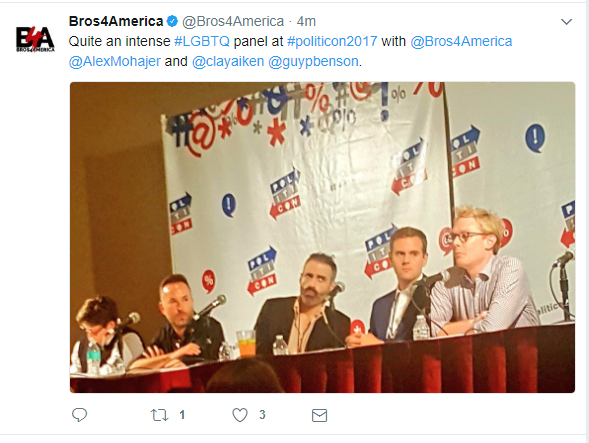 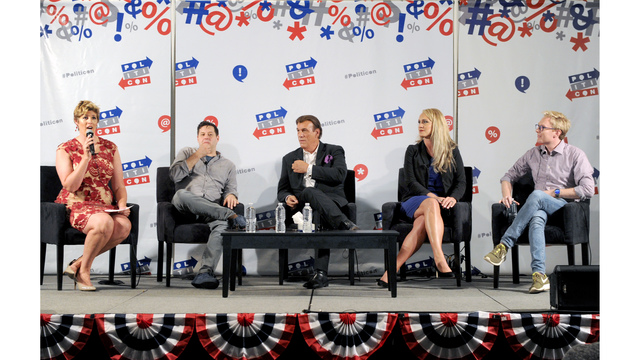 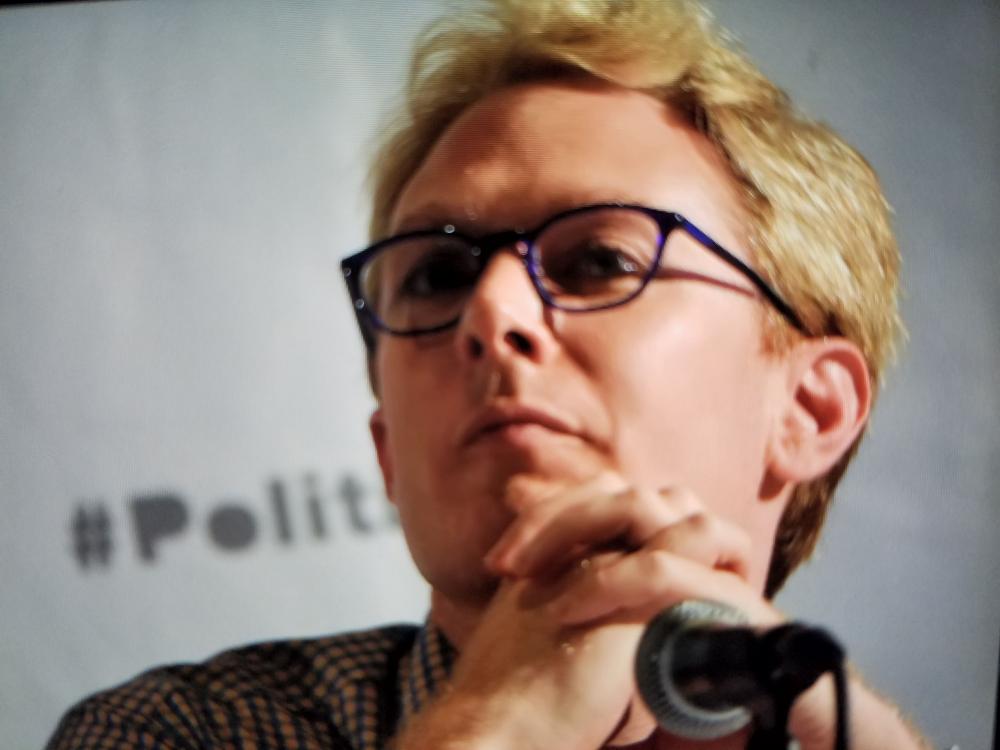 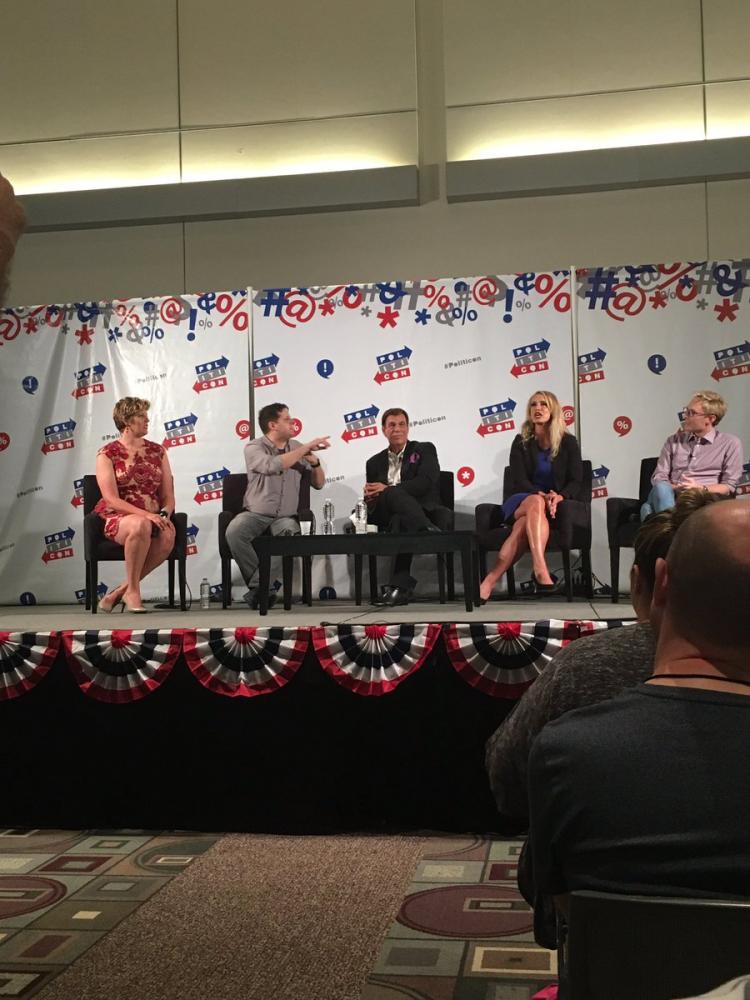 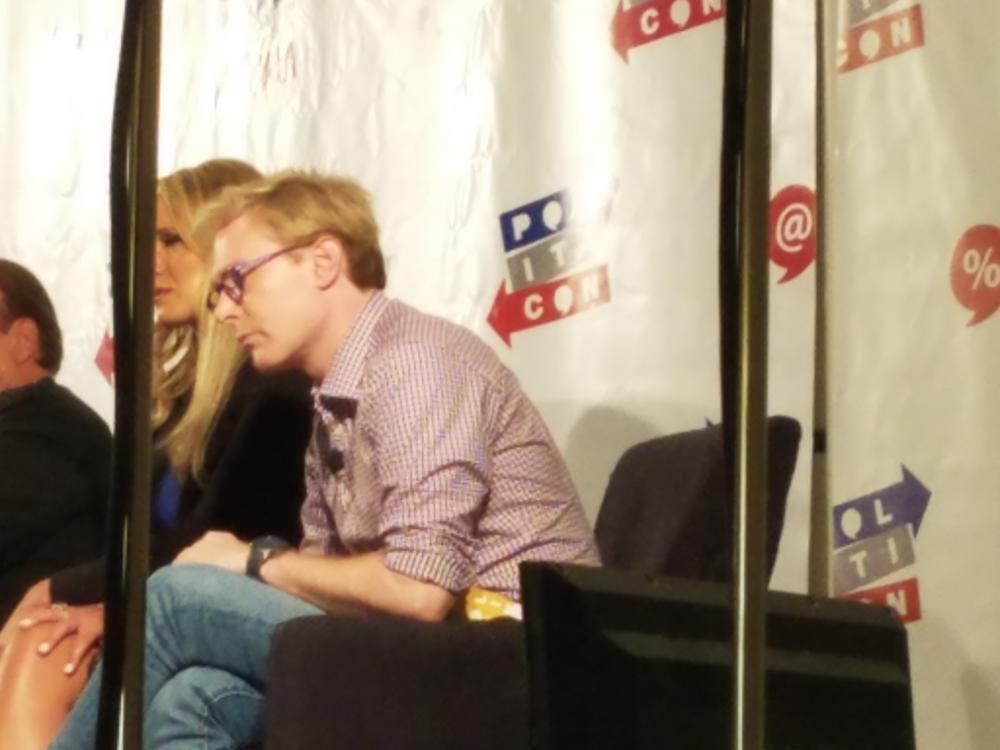 Thank you to SueReu and others for the pictures.

On Sunday, Clay will be the moderator for the College Debate Showdown.

The two schools are UCLA vs. La Verne.  I am sure it will be very interesting.

I hope you all have a wonderful Sunday!!

Hopefully, I can get some more pictures during the day!!