Tuesday night…Clay Aiken emerged from his vacation in a big way!!

Clay Aiken was the hit of twitter Tuesday night.  Not only did he have 16 twitter posts, he had thousands of likes and retweets!

Remember all those times I defended @realDonaldTrump and believed he was not actually racist? Well… I am a f*****g dumbass. #imsorry

Each time I look, the tweet has more retweets, likes, and comments.  As I write this (midnight), Clay has:

But wait…that is only one tweet…Clay has over a thousand likes on 2 other tweets!  I bet Clay had to turn off the sound on his phone!  That would be so many warnings  from his twitter account!!!

Clay Aiken was trending on Twitter last night.  It’s always fun to see how popular he is and how people enjoy reading and respecting his thoughts.

If you haven’t seen Clay’s tweets, you can get to his twitter page HERE 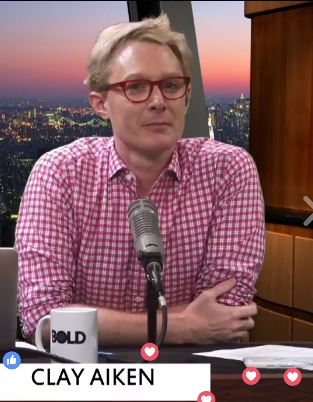 ~~~~~
The tweets by Clay have hit the news websites too.  Check these out!

On the heels of Trump’s unhinged, impromptu press conference in which he yet again failed to condemn the white supremacists and neo-Nazis at this weekend’s rally in Charlottesville, Virginia, Clay Aiken, runner-up on season two of American Idol and a contestant on The Apprentice, tempered his past praise of the President.

Aiken has always been measured in his criticism of Trump. During the campaign, he said, “I kind of feel like we’d be better served to let people see what he’s going to do or not do.” He even admitted that his mother would be voting for Trump in the 2016 election….

…The fact that Clay Aiken, who was one of the few celebrities with a more moderate and understanding stance towards the President, issued such a stern condemnation of Trump today is evidence enough that Trump’s abhorrent behavior and racist views are finally catching up with him.

You can read the entire article at WASHINGTONJOURNAL

Clay Aiken: Trump is racist, ‘I was a f—ing dumb—’ for defending him 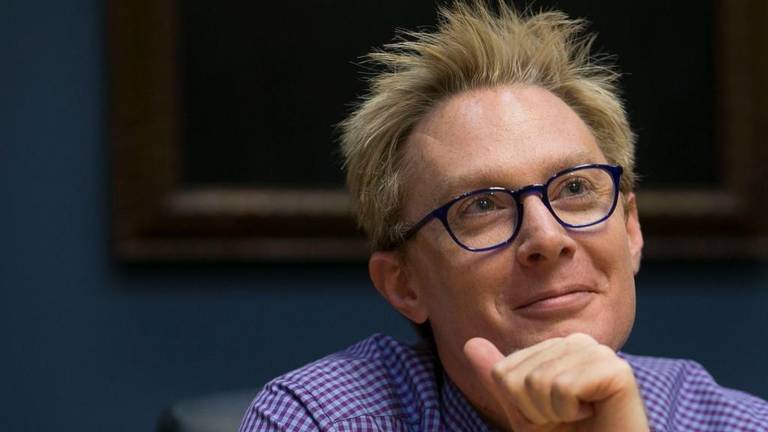 Singer and former congressional candidate Clay Aiken said on Twitter Tuesday that he felt dumb for defending the president.

Aiken said that he was “a f—ing dumb—” for defending President Donald Trump and believing Trump is “not actually racist.”

“I’ve always thought he would be a dumpster fire as a president, and I was right about that,” Aiken continued in another tweet. “I just didn’t think he was racist. #wrong”

Last month, Aiken said he saw similarities between the Donald Trump he got to know on “Celebrity Apprentice” and Trump’s style as president during a visit to The News & Observer to be a guest on The N&O’s political podcast, Domecast. Aiken, who launched his musical career as a contestant on “American Idol,” ran unsuccessfully for Congress in North Carolina in 2014 as a Democrat.

At that time, while Aiken said opposed many of Trump’s actions as president, he still respected him personally and said he’s a “nice guy.” When Aiken launched his campaign for Congress, he said Trump was the second person he called – after former N.C. Gov. Jim Hunt, his “political idol.”

The website also has a video of Clay speaking at Domecast last month.  You can see the entire article and the video at N&O

I will not be surprised when I wake up and see the tweets with even bigger numbers.  I bet there will be more articles too.  There is just something that makes people want to know what Clay thinks!!  I hope we get lots more tweets from Clay…soon!

Check in later…I will try and keep the blog up to date if there is more
Clay Aiken News!!