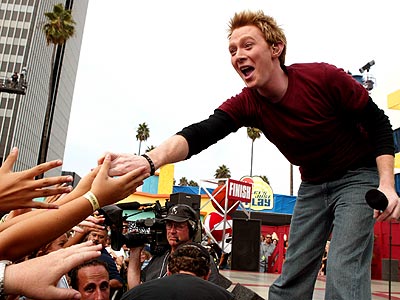 On October 4, 2003, Nickelodeon sponsored a live, 3-1/2-hour event celebrating the first year of Nick’s “Let’s Just Play” campaign. It aired live from L.A. with Clay Aiken, Hilary Duff, Frankie Muniz, Jessica Alba, Lil’ Romeo plus Master P, Melissa Joan Hart and the casts of “All That” and “The Brothers Garcia”. Some of them participated in a basketball tournament and the final leg of a multi-city relay race. 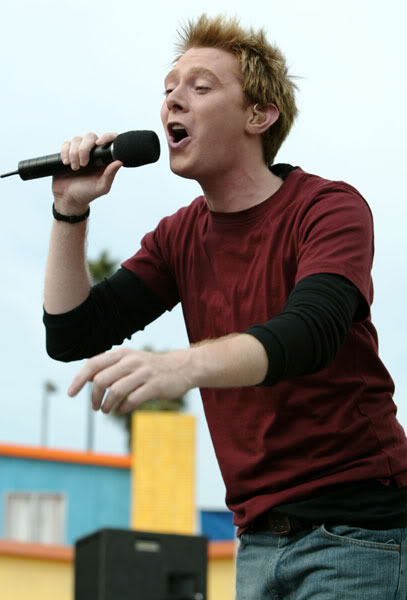 Called the Finish Line Festival, the program was filmed live from the Nickelodeon studios in Los Angeles. Clay Aiken was busy during the 3 ½ hour program.  Besides singing “Invisible” and “I Will Carry You,” Clay filmed many promos, including a hula loop demonstration.  He also introduced his favorite Sponge Bob film and let us know that he likes to play Soccer (??). 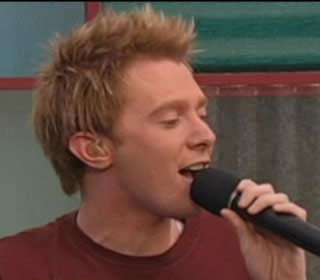 I have included 2 videos with this post.  The first is a short video of Clay with two hula hoops.  The second video is Clay singing I Will Carry You.

Did you see this event with Clay?

And I am still wondering about the “soccer” answer from Clay!!