There are special days that make being a fan of Clay Aiken so much fun!

A night in January, 2016 was one of those special times!

On that night, American Idol broadcast another night of auditions for the 15th and final season of the show.  And guess who stole the show?  Yep…it was Clay Aiken!!

Although Clay only had a few minutes of air-time, those minutes were the best of the night.

‘Are you kidding me?’ Clay Aiken rips into American Idol wannabe who auditions in a leather tutu and turns cartwheels

Clay Aiken showed he may have picked up some tips on harsh American Idol judging from Simon Cowell.

Aiken, 37, lost his temper with a time-wasting cartwheeling wannabe on the latest audition show of Idol’s final series

‘What makes you think that is American Idol material?’ Aiken sternly asked the leather tutu-wearing singer after his wailing and writhing on the floor.

‘It was pretty damn bad, are you kidding me? Come on seriously. This is a show that I like, this is a show that put me where I am today,’ said the 37-year-old who placed second on season two of the reality show in 2003.

‘No, no, this show gave me every opportunity in the world,’ said Clay angrily, cutting off the contestant as he tried to speak.

‘All these people have shown up here today to audition. They have prepared songs and came here seriously and you brought that, and you think that deserves to go through? Seriously?’

The contestant was unimpressed with Clay’s attitude.

‘Why do you have to go off on me though?’ he said indignantly.

The upset contestant then slapped his rear end in Clay’s direction and yelled: ‘You lost anyways.’

‘He don’t know talent, that’s why he lost,’ he repeated to the cameras as he exited the arena.

Can you imagine?  The Idol wannabe certainly wanted some attention.

After the show was over, American Idol tweeted the following:

#Idol is the music show that changed the face of television! What was your favorite season? #IdolAuditions

@AmericanIdol Season 2 is my favorite season…huge talent and lots of fun. Hope Clay and Ruben will be on the show this season.

@AmericanIdol Easy question Season 2 was the very best. Great talent and loads of fun! When will Clay & Ruben be on this season?

@AmericanIdol Season 2 is the best. 2 winners Clay and Ruben. They can’t be beat! They are still loved today! Perfect for the finale!

Yep…Clay gets the press again!

Will You be watching American Idol this season? 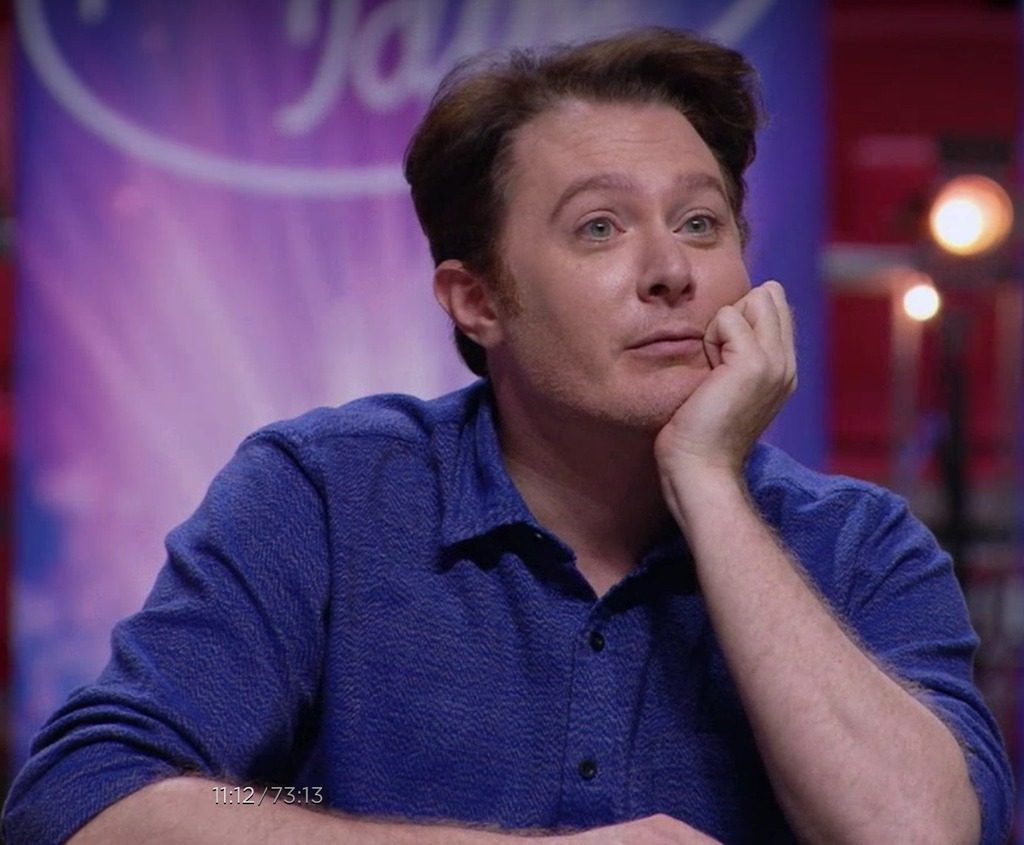