It’s Friday and that means it’s time for BOLD TV!!

Co-Hosts, Carrie Sheffield and Clay Aiken will be in the studio at 10:00am ET/7:00am PDT

They will talk about Trump’s first 100 days in office.

So…get your cup of tea or coffee, sit down and enjoy the conversation!

On Thursday, Clay Aiken posted a great picture on Twitter: 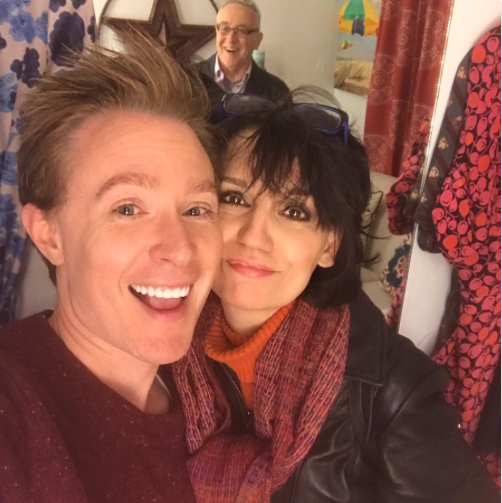 Congrats to mlive, #BethLeavel and the entire cast of @BandstandBway on their opening. Fast paced, fun, great music, & amazing talent

It looks like Clay saw the show Bandstand Broadway.

Bandstand Broadway opened Wednesday evening at the Bernard B. Jacobs Theatre.  According to PlayBill:

Bandstand tells the story of a young veteran who, upon returning to Ohio after World War II, forms a band with a group of fellow veterans and a young widow in the hopes of achieving fame and escaping the harsh realities of post-war life.

The show stars Corey Cott as the young musician, Donny.  The part of Julia Trojan is played by Laura Osnes and Beth Leavel plays Julia’s mother.

This new show is directed and choreographed by two-time Tony Award winner Andy Blankenbuehler (Hamilton, In the Heights).  There is lots of great music and lots of fun dancing!!

The picture above shows Clay with his friend, Beth Leavel.  She starred with Clay in the show, The Drowsy Chaperone, in 2013. 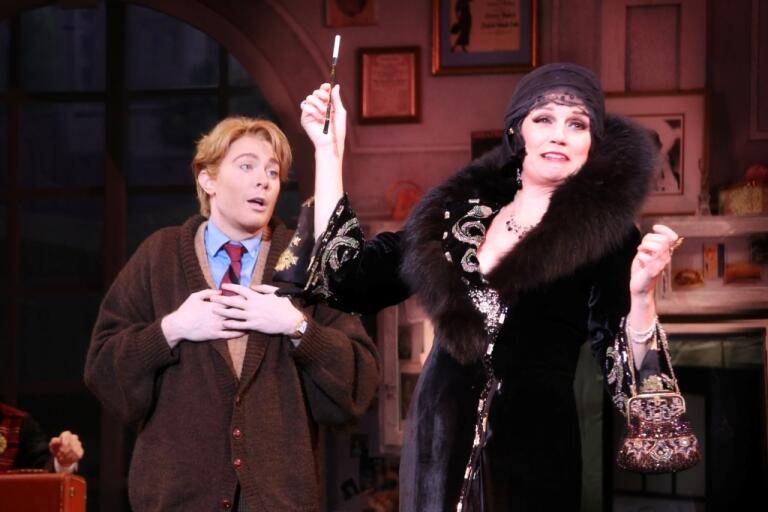 Beth also attended a political fund-raiser held for Clay in October, 2014.  Ms. Leavel joined with Betty Buckley and  Christine Ebersole as they all sang songs in support of Clay! 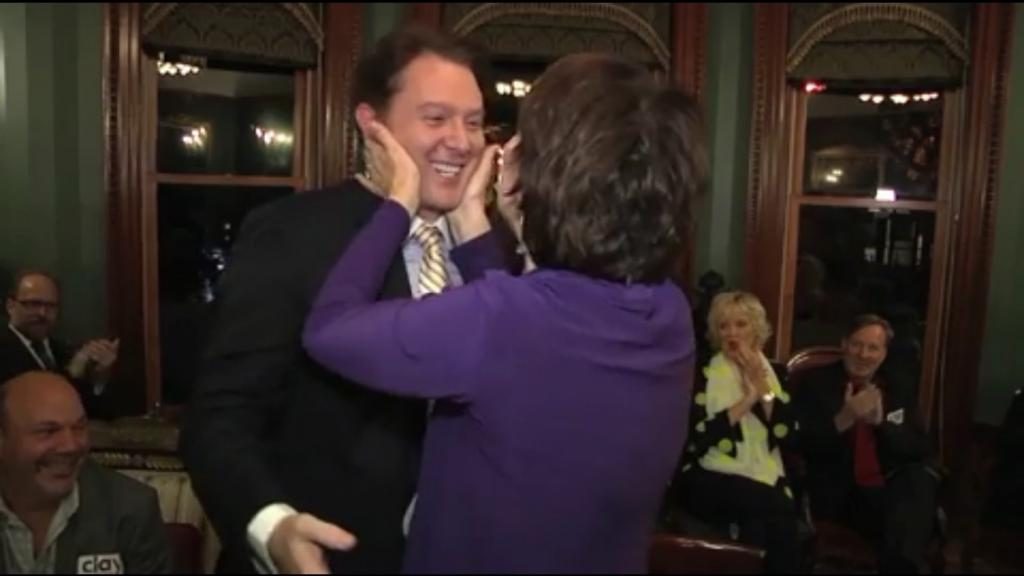 The show, Bandstand Broadway is getting mixed reviews, but it certainly seems like an interesting show with lots of original music and lots of dancing.

The following is some highlights of the show before it came to Broadway.

I am glad Clay got to congratulate his friend, Beth Leavel

and I hope he enjoyed the show!

3 thoughts on “Clay Aiken – From Broadway to TV”