It’s Sunday, August 6th…do you have everything ready for tonight?

All this just to see Clay Aiken play a small role in the new movie, Sharknado 5.  From what I have heard, we might see him for 5 minutes!

I don’t know about you, but I have not seen any of the previous Sharknado movies.  In fact, I really didn’t know much about them.  So…I had to find out!

The first Sharknado was a made-for-TV film that first aired on the Syfy channel on July 11, 2013.  No one seemed to be able to say what genre the film should be put in.  Was it science fiction, disaster, or horror comedy?

The premiere of the film was watched by 1.37 million viewers. That is slightly below the average audience of 1.5 million viewers for a typical Syfy original film. But the film was all over Twitter.   It became the movie that is so bad it is good!!  Each time the movie was shown, the audience grew in size.  It became a huge hit.  Fans wanted to know if there would be a sequel.

Well, tonight, the sequel Sharknado #5 will be debuting.  The plot? Well, according to IMDb:

As shark-infested storms grow stronger and more complex, the world braces for the inevitable – a global sharknado. This year, the mission gets personal for chainsaw-wielding leader Fin Shepard and his bionic wife, April, when their young son gets trapped in a sharknado and is transported all over the world.

The sharks are in London, Australia, Stonehenge, Egypt, Brazil, Kansas and Japan.

I hope the movie is a success and I hope that everyone laughs as they see the sharks flying through the air.  I am still wondering if I will be able to sit through the entire movie.  Maybe I need to pop some popcorn to get through the show!

Twitter was busy on Saturday with lots of tweets.  I actually answered this one

For every one cameo there are two blood thirsty sharks. Who are you most excited to see in #Sharknado5 Sunday? pic.twitter.com/H2edcfgAip

Comcast posted the following picture about the show… 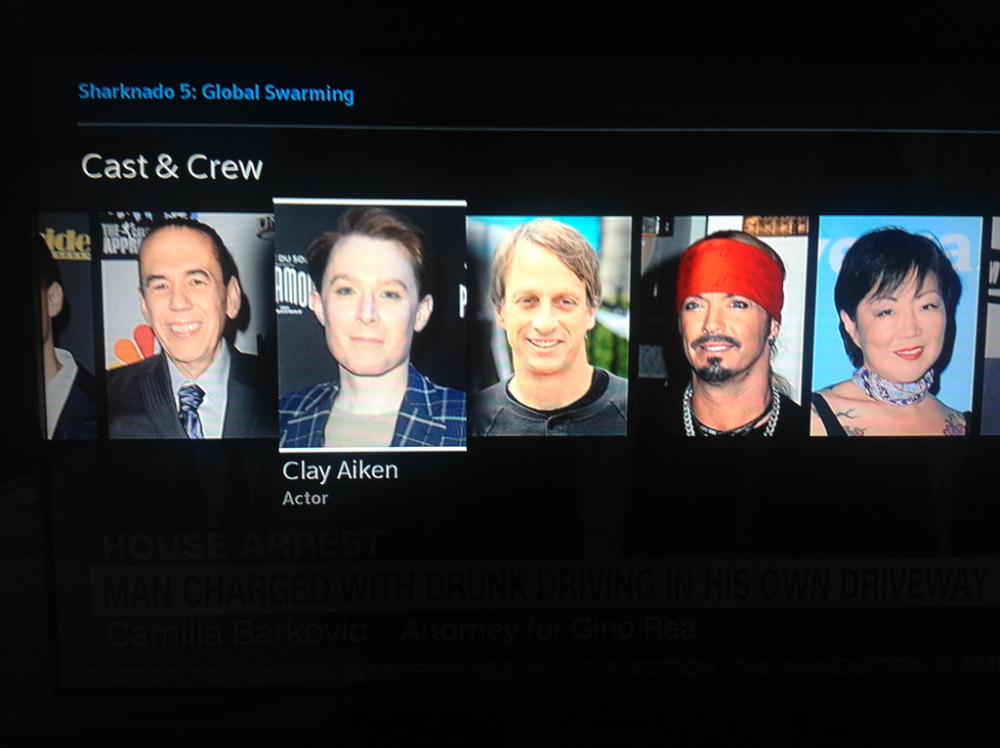 You can see a preview of the movie HERE.  Clay is in it for about 2 seconds!!

Have you ever seen a Sharknado movie?

Are you planning to see this one? 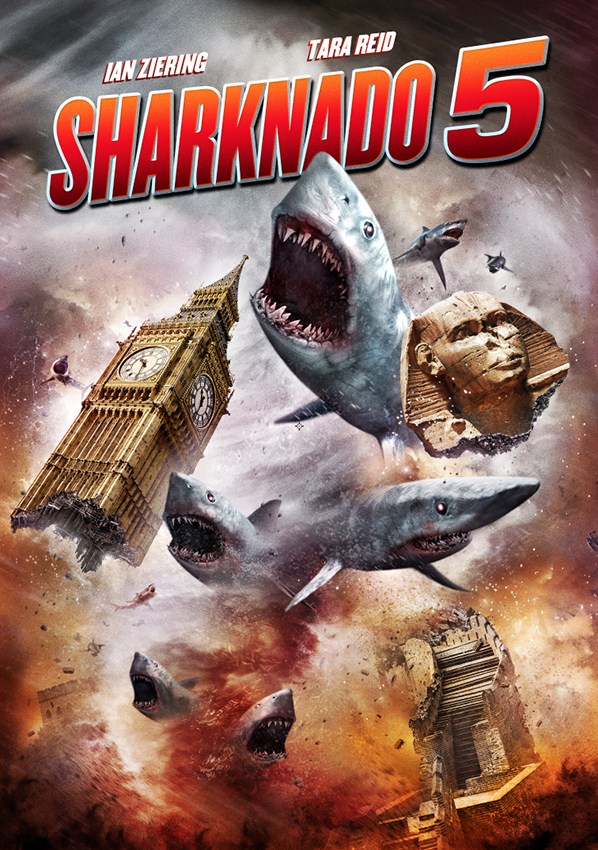