Congratulations to the USA Figure Skating Team.  Team USA captured bronze in the figure skating team event.  What an exciting event.  All the skaters on all the teams were wonderful.  But…I am from the USA and can’t help but be proud of the USA team!

The skaters from Canada earned gold in figure skating’s team event  while the Olympic Athletes from Russia earned silver.

Congrats to Mirai Nagasu who became the first American  lady to land a triple Axel at the Olympic Games and Adam Rippon, who made his Olympic debut in figure skating’s team event, racking up eight points for Team USA. 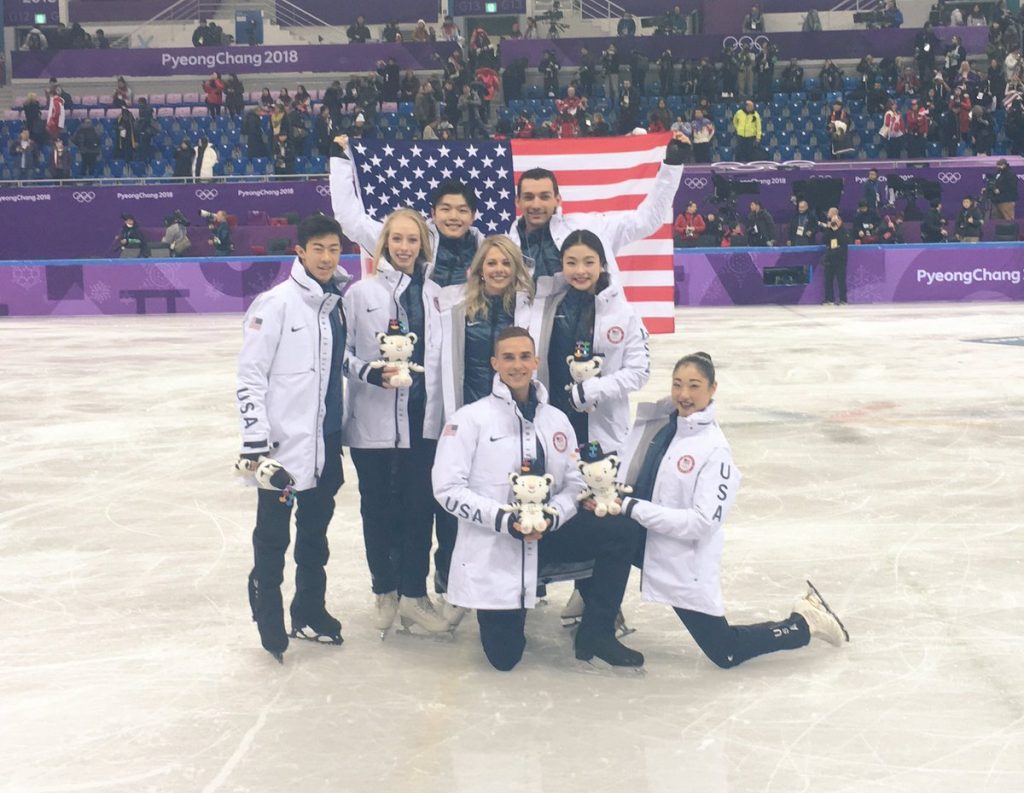 It is Valentine Week.

It’s a great time to celebrate the beautiful love songs that Clay has sung in the last 15 years!

We will start the week with Clay singing To Love Somebody.

In May of 2003, Clay Aiken sang To Love Somebody as part of the Top 4 Show of Season 2 of American Idol.  All the American Idol judges, including Robin Gibb who was a guest judge for the evening, immediately praised Clay’s fantastic performance of the song. The live audience gave Clay a standing ovation for his performance.

We only have a few more days until Valentine’s Day.