Taylor was on WJOX radio Friday in Birmingham, AL when he dropped the bombshell. As he put it, “I had an ‘in’ in the whole production of the show” who told him the results before they were revealed during season 5.

Mr. Soul Patrol says the only night he didn’t get the info was the finale in 2006 — where he was up against Katharine McPhee. He did say executive producer Nigel Lythgoe  gave him a “wink and a nod” before the results were announced.

This is some damn nonsense BS. Didn’t happen. #fakenews

The remarks about Idol made me remember some of the fun things Clay sang on Season 2.

American Idol, Season II was full of surprises.  It was an exciting time for the performers and the audience. 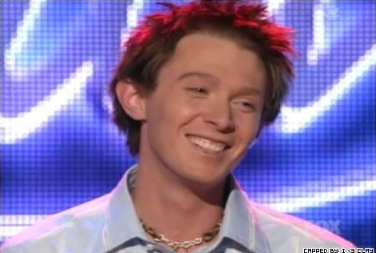 The third elimination night was one of those surprising times.  Just as everyone had settled down to hear Disco Music, the theme for the night was changed.  “Country-Rock”……..what is Country-Rock?  Wearing a cowboy hat, Ryan Seacrest said: The theme for tonight is the intricate fusion between country and rock.

The guest judge for this night was Olivia Newton-John.

Simon thought it was sweet, but just like his last performance.

Do you remember this song?

Alone again tonight
Without someone to love
The stars are shining bright
So one more wish goes up
~
Oh, I wish I may
And I wish with all my might
For the love I’m dreaming of
And missing in my life
~
You’d think that I could find
A true love of my own
It happens all the time
To people that I know
~
Their wishes all come true
So I’ve got to believe
There’s still someone out there who
Is meant for only me
~
I guess I must be wishing on
Someone else’s star
It seems like someone else keeps getting
What I’m wishing for
~
Why can’t I be as lucky
As those other people are
I guess I must be wishing
On someone else’s star

I hope you enjoy the video of this performance.

Do you remember this night?