Today there are some fun things to mention!

Did you see the Easter Greeting from Clay?  He posted it on Instagram.  Yes…Clay posted a Jib-Jab!  Be sure and watch it at Clay’s Instagram 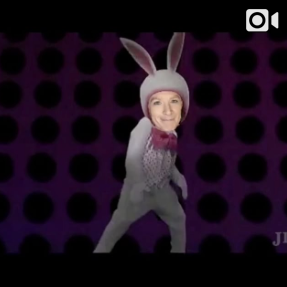 On April 14, 2017, the movie, Sandy Wexler debuted on Netflix.  According to Netflix:

Sandy Wexler (Adam Sandler) is a talent manager working in Los Angeles in the 1990s who diligently represents a group of eccentric clients on the fringes of show business. His single-minded devotion is put to the test when he falls in love with his newest client, Courtney Clarke (Academy Award (R) and Grammy (R) winner Jennifer Hudson), a tremendously talented singer who he discovers at an amusement park.

One of the interesting things about this movie is that the cast is HUGE!!!  There are many, many stars that have short cameo appearances in the movie.  And, you guessed it…Clay is one of many that have a cameo in this comedy.  Clay has almost 2 minutes of time on the movie and does not make an appearance until the second half of the movie.  Of course, it is a comedy so Clay plays a very funny character.  So…be sure and look for his cameo in this rather silly movie.  It is on Netflix only.

Did you happen to watch TV on Sunday night?  I watched  the special, Stayin’ Alive: A Grammy salute to the Music of the Bee Gees.  It was on CBS.  I enjoyed it a lot. But…it certainly made me remember the wonderful performance of  To Love Somebody that Clay presented on American Idol.

I am glad we have this video!!

Did you watch Clay on American Idol when he sang this song?