It is Saturday and the day after Clay Aiken and Ruben Studdard made the day very special.  There is so much information that I can’t post it all, but will do what I can.

Clay and Ruben started their day with a visit with the television show, The View.

The View posted the following tweets: 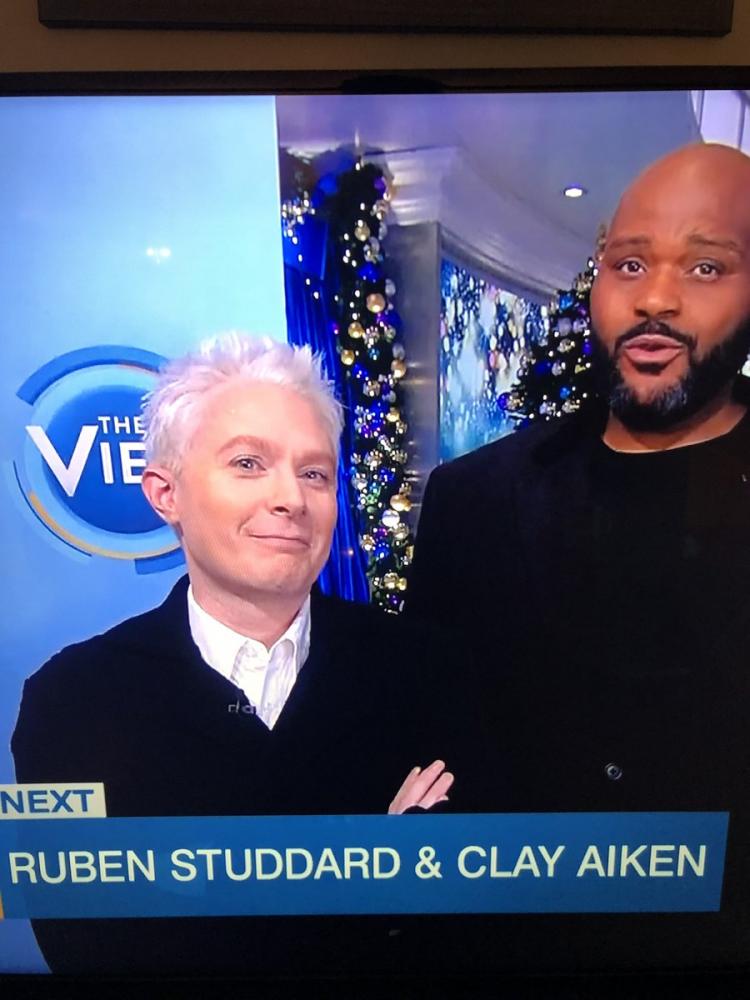 THIS MORNING: Christmas is coming early when American Idol alums @clayaiken and @RubenStuddard reunite on our stage!

After the show, they tweeted:

.@clayaiken and @RubenStuddard officially brought us the holiday spirit this morning — AMAZING, YOU GUYS!!

We were lucky that there are YouTubes of Clay and Ruben’s visit.

Following the show on The View, Clay sent out a message on Twitter:

He was answered by :

You had me at peppermint mocha #youknowmesowell

The first preview was Friday night. The following tweet says a lot and is wonderful!

At the show right now. Clay took the roof off with his powerful voice singing The First Noel. Brought tears.

Someone on twitter posted the following pictures of the merchandise that is available at the theater. 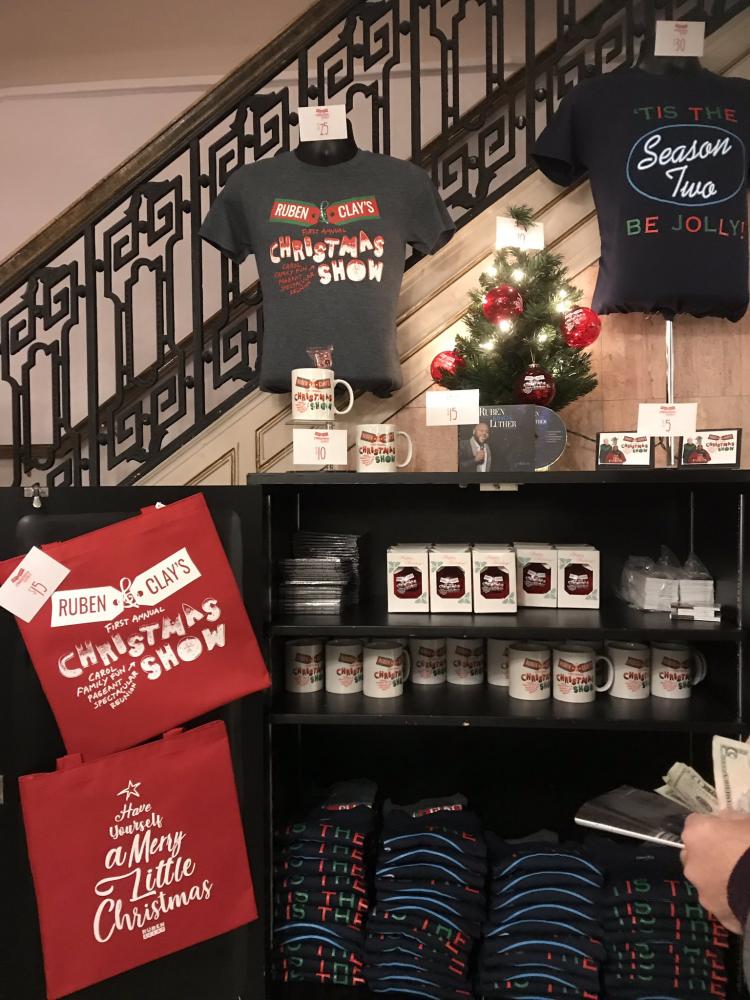 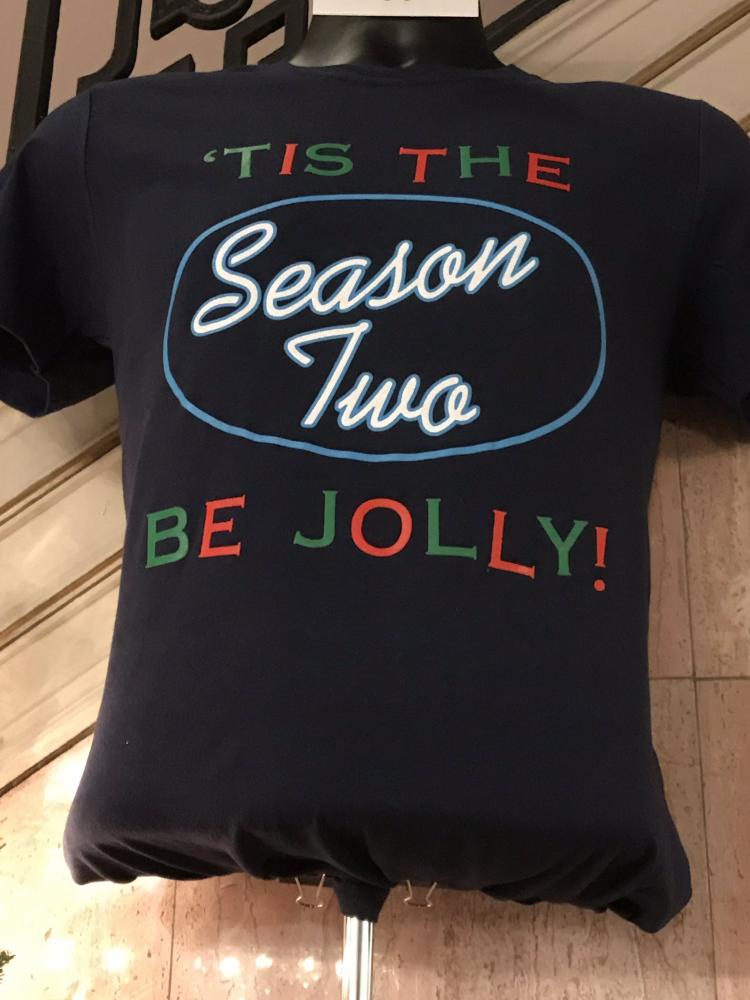 After the preview show on Friday, Clay went out to meet his fans at the stage door. 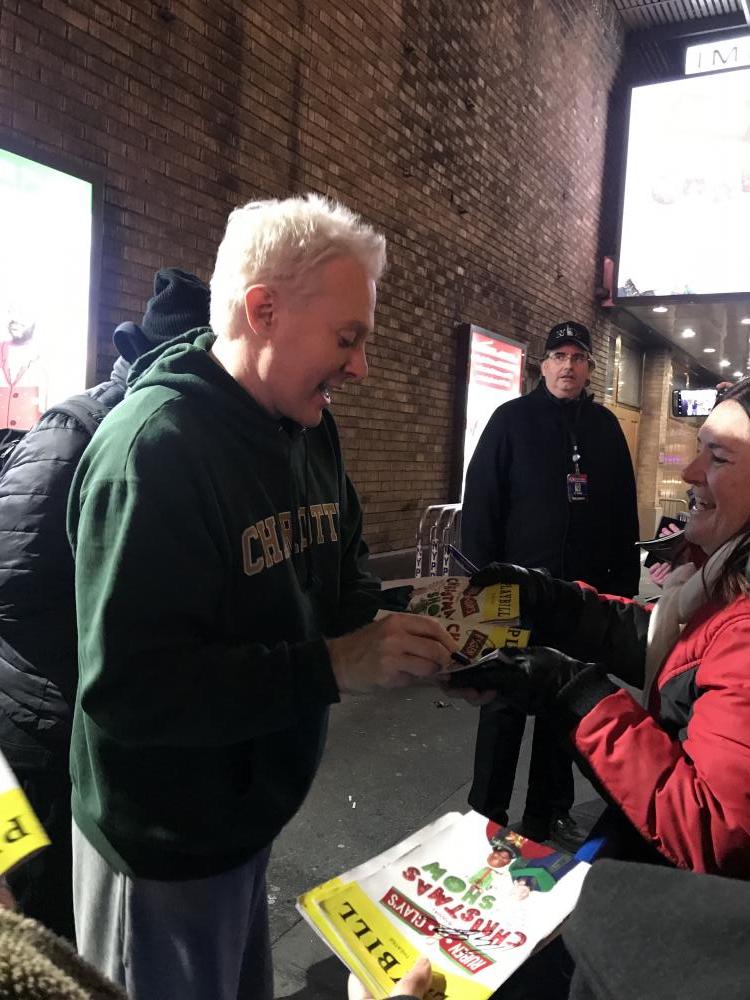 It was reported that there were a huge group of people who wanted an autograph and a quick hello!

I love seeing these  videos and posts about Clay and his performances.