On Tuesday, there was an article about American Idol Runner-Ups in the news.  Of course, there was a section on Clay Aiken.

See What Justin Guarini, Clay Aiken and the Rest of the ‘American Idol’ Runner-Ups Are Doing Now!

They may have lost out to the likes of Kelly Clarkson and Ruben Studdard on American Idol, but runner-ups like Justin Guarini and Clay Aiken have gone on to have successful careers of their own!

Scroll through the gallery below to see what the show’s second-place finishers are doing now! 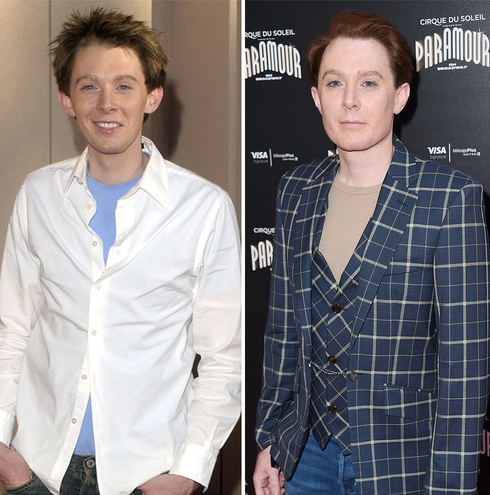 The 37-year-old, who ran for Congress in 2014, recently appeared as a political correspondent on The View.

One of Clay’s professional friends was in the news today also.

From what Twisted Sister frontman Dee Snider recently told Rolling Stone, fans can expect his new solo album We Are The Ones to be quite different than anything he has done before. In Snider’s opinion, fans of Twisted Sister will probably hate his new material.

Snider stated, “I have a new no headbanging policy. Look, I hadn’t written anything new in decades,” Snider continued. “I know that my marketplace – Eighties heavy metal fans – are not interested in new music. I’m not going to kid myself.”

We Are The Ones was just released a few days ago. It is Snider’s third solo album. His previous solo effort was Dee Does Broadway, which was released in May 2012. The album featured guest appearances by Cyndi Lauper, Clay Aiken and Nick Adams.

I don’t know about you, but I am going over to iTunes and see what this new album is like.  I have never been a fan of Twisted Sister, but I certainly like Dee Snider and I hope the album is a success.

Clay and Dee on Celebrity Apprentice Clay and Dee worked well together and seemed to have a good time.

The following YouTube by SueReu is Clay and Dee singing Luck Be A Lady Tonight!!

Do you think they will ever bring American Idol back to TV?

4 thoughts on “Clay Aiken – In The News”